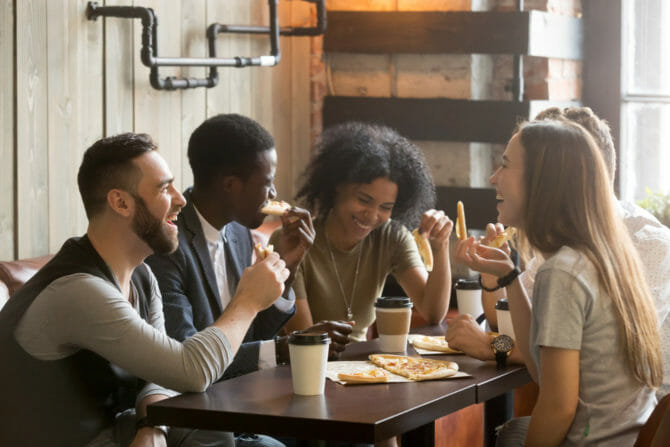 Yelp is adding a category that allows businesses to be marked as “open to all…regardless of race, ethnicity, national origin, sex, religion, disability, sexual orientation, gender identity or gender expression.”

“Open to All” was started by LGBTQ think tank Movement Advancement Project, and in addition to 1,200 businesses, the initiative is supported by nearly 200 advocacy groups.

“No one should have to worry that they will be denied service,” Calla Rongerude, the coalition’s campaign manager, told NBC News. “No one should be turned away from a business simply because of who they are.”

Yelp said in a statement that the decision to become part of the “Open to All” campaign was to “build awareness and understanding of the importance of nondiscrimination laws and defend the bedrock principle that when businesses open their doors to the public, they should be Open to All.”

Yelp cited the Masterpiece Cakeshop v. Colorado Civil Right Commission case — where the Supreme Court ruled a cake maker could refuse service to a gay couple based on his religious beliefs — as a reason for creating the category.

“Every day, consumers face varied degrees of discrimination,” the company said on it’s blog. “Beyond the LGBTQ+ community, this also unfortunately exists for many minority communities in our country and we are equipping consumers with the information they need to confidently patronize any place of business.”

Restaurants are responsible for self-identifying as “open to all” on the website. The new feature will be prominently displayed under the restaurant’s “More business info” section. According to the Yelp blog, businesses are able to opt out of the feature.