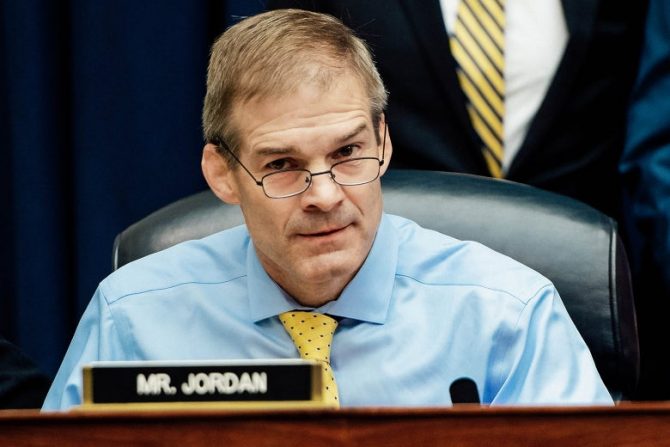 Ohio State University was slapped with a federal lawsuit filed by 43 former male athletes this week who all say they were sexually abused by a university doctor and that coaches, including now Republican congressman Jim Jordan, did nothing to stop it.

Here’s the backstory: Before his death by suicide in 2005, Dr. Richard Strauss worked in the school’s athletic department and student health center from September 1978 to March 1998, primarily treating student athletes, including numerous male wrestlers.

According to NPR, the school was first made aware of his abusive tendencies in 1979, but it didn’t act until almost 20 years later when outside sources got wind of what was going on in 1996. That’s when Strauss was suspended from working as a physician. He retired two years later, in 1998.

Strauss was accused of showering with athletic teams, ogling naked young men in the locker room, and finding reasons to touch their genitalia during medical exams “regardless of the medical ailment presented, including for a sore throat,” an investigative report states.

“Many of the students felt that Strauss’ behavior was an ‘open secret,’ as it appeared to them that their coaches, trainers, and other team physicians were fully aware of Strauss’ activities, and yet few seemed inclined to do anything to stop it,” the report claims.

Before becoming a powerful Republican member of congress, Jordan worked as an assistant wrestling coach at Ohio State from 1987 to 1995. In July 2018, eight former wrestlers said Jordan was aware of Strauss’ behavior but didn’t do anything to intervene.

At the time, Jordan denied knowing anything about the situation.

“I’m telling the truth,” he said last year. “Look, I stood up to the Speaker of the House from my home state, stood up the IRS and have stood up to the FBI. To think that I would not stand up for my athletes is ridiculous.”

Now, in the lawsuit filed yesterday, he’s once again being accused of turning a blind eye to the abuse.

A professional referee says in a lawsuit filed Thursday that disgraced doctor Richard Strauss masturbated in front of him in a shower after a wrestling match at Ohio State University, and he reported the encounter directly to Rep. Jim Jordan, R-Ohio, who was then the assistant coach.

“Yeah, that’s Strauss,” Jordan and then-head coach Russ Hellickson replied, according to the lawsuit, when the referee, identified in court papers as John Doe 42 told them about the incident.

The lawsuit, filed in federal court in Ohio, implies that Jordan’s response to the incident, which the referee said happened in 1994, was essentially a shrug.

John Doe 42 is the second person to say he told Jordan directly about either being approached or molested by Strauss, who was found by independent investigators to have sexually abused 177 male students over two decades.

John Doe 42 said that when he informed Jordan and Hellickson about what happened, their response was, “Yeah, yeah, we know.”

Jordan has not issued any comment on the latest development in the story, but a spokesperson for the school said yesterday that the university “has led the effort to investigate and expose the misdeeds of Richard Strauss and the systemic failures to respond, and the university is committed to a fair resolution.”

Meanwhile, family members of Strauss have said they are “shocked and saddened” by the allegations against him and have vowed to cooperate with investigators.