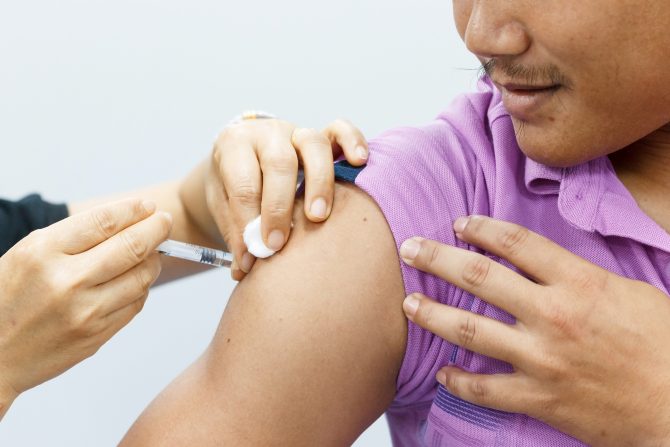 If there was a vaccine against HIV, you can be sure gay men would be rushing to get vaccinated. However, despite there being a vaccination available for HPV, it turns out many young, gay and bisexual men don’t know about it or the viral infection it fights.

That’s the findings from a new study by researchers at Rutgers University, published in the Journal of Community Health.

Gay men are significantly more likely to be infected with HPV and, according to a study from 2013, 15 times more likely to develop HPV-related cancer.

A vaccine exists to target those strains of HPV virus most commonly associated with causing cancer. Because of the comparatively high incidence of cervical cancer, this is sometimes talked about as a ‘cervical cancer vaccine’ and is administered to girls and young women. This may be one reason why many men are unaware of it or the protection the vaccine offers.

Related: How doctors failed to diagnose my HPV-related oral cancer and left me for dead

The Rutgers study interviewed 38 young men who have sex with other men. All were in their early 20s and living in New York City. It found their knowledge of HPV to be lacking, even though HPV is extremely common. Some thought HPV was something only women should be concerned about.

About 79 million Americans are infected with HPV, with about 14 million becoming newly infected each year. Most people acquire the infection when young or in the earliest years of their sexual life.

Often, infection can have no symptoms, and many people will be unaware they have acquired the virus. Only a very small number of those infected will go on to develop cancer in later life. However, if cancer does develop, the outlook is worse for those with HIV or who smoke – both of which are more common among LGBTQ communities.

The researchers speculated on the reasons that young gay men may know little about HPV. They think it’s partly because so much of gay men’s health awareness has been focussed on HIV in recent decades. They also found health providers are doing little to bring up with the subject with young men.

“Clinicians have a direct role in expanding the availability of LGBTQ-competent healthcare,” said lead author Jessica Jaiswal. “By learning about sexual minority men’s diverse health needs and routinely offering the HPV vaccine, we can move toward a health promotion model and not only a disease prevention model.”

Related: Why some gay men are getting this test to detect the early signs of a specific cancer