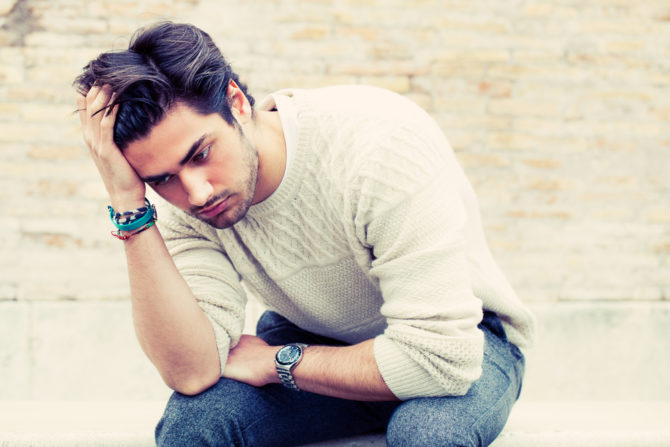 The young man continues: “I’m not close to him as much and he doesn’t tell anyone he’s gay. But the thing is: all the older guys I try to hang out with are friends of him. Some can also be f*ck buddies of him. I don’t know.”

Which leads us to his dilemma.

“I’m always scared that I might can be going out with some of his f*ck buddies, and I don’t want that,” he writes. “I’m scared that if I go out with someone he already goes out with, even without me knowing it, he would be mad and tell everything about my sexuality to my family.”

He wonders: “How could I handle this situation?”

Thankfully, his fellow Redditers have lots of opinions on the matter.

“Come out to him, ask him which friends of his are good f*cks and which guys to avoid,” one person writes.

“Does your uncle know you are gay?” another person asks. “If he doesn’t, it’s a small town and it might get found out. Is there some reason you cannot tell him and then talk to him about this kind of stuff so this situation doesn’t ever arise?”

“Explain you are gay and he will lay down exactly who he thinks might be sketchy or dangerous,” someone else suggests. “It can’t hurt having someone who loves you and knows gay life nearby to know and to talk to.”

Other people had less helpful things to say.

“Man I would be weirded out if I was maybe getting my uncle’s sloppy seconds,” one guy comments.

“You probably are going out with a former or current f*ck buddy of his,” another pontificates. “Small town, smaller number of gay guys. Everyone f*cks everyone’s exes.”

To which someone else replies: “DAMN can ALL y’all chill? It’s possible for gay guys NOT to sleep with every gay in a 30 mile radius. It’s likely he may have done things with a few guys but not every single guy. Gays can be platonic friends, you know. God!”