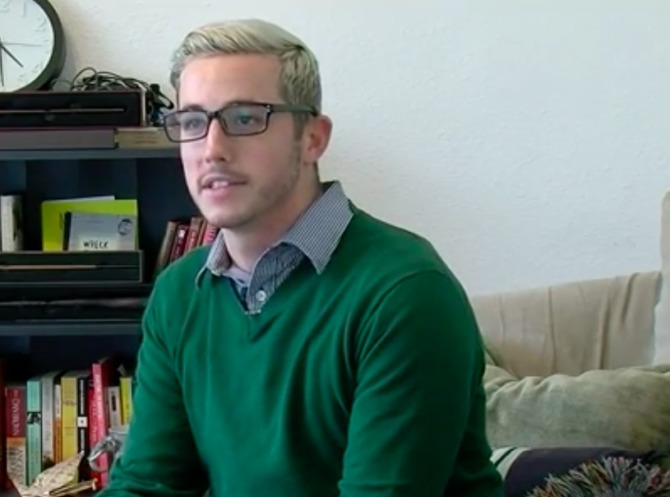 More and more men are opening up about sexual assault and sharing their #metoo experiences.

Evan Newpher was a student at Oklahoma State University in 2012. One evening, he awoke to find his roommate, Nathan Cochran, forcing himself upon him.

“I laid there until it finally stopped,” he recalls to his local TV news station in Tulsa. “It’s almost like that fight or flight instinct.”

Newpher is gay but he wasn’t out at the time. He didn’t report the assault until almost a year later.

“Nobody knew that I was gay, and that made me hide and be more shameful about what happened as well,” he says. “But it doesn’t matter if you are straight or if you are gay and this happens to you, it’s still a problem.”

Sadly, Newpher’s story is not terribly uncommon. Research shows that 1 in 6 men have experienced sexual abuse at some point in their life. It’s also prominent in the LGBTQ community, specifically.

According to the Centers for Disease Control and Prevention, LGBTQ people experience sexual violence at similar or higher rates than heterosexuals.

Newpher may never had said anything except that he heard Cochran had done the same thing to several other guys on campus.

“To come forward isn’t to be a tattle tale or a narc,” he says. “It’s to make sure that it doesn’t happen to someone else because I wasn’t able to ensure that.”

Eventually, Cochran was arrested and pled guilty to three counts of sexual battery. He avoid jail but was sentenced to seven years of probation and has to register as a sex offender.

Newpher hopes that by sharing his story he will inspire other male victims of sexual assault to speak out.

“You can fight through this as long as you surround yourself with people and don’t hide yourself away,” he says, “because you can push through it.”