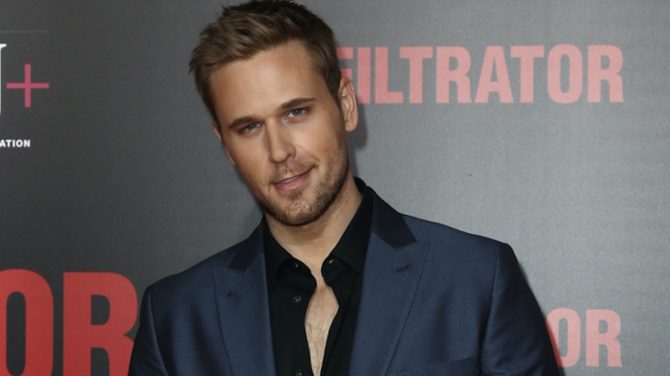 Younger star Nico Tortorella has made many a headline with his refreshing candor about being bi, but now another star of the TV Land show is making a bang by coming out in a big way.

In an interview with People Magazine, 31-year-old actor Dan Amboyer not only came out — he also announced he recently got married.

“Being a young actor in the industry, I had a lot of people who strongly advised me to stay quiet. That was hard to live with,” he said. “But I’ve never played a gay role before and I didn’t want to be limited by some strange perception.”

Something changed for Amboyer last week after he married longtime boyfriend Eric Berger, and he felt a new urgency to be vocal and open.

thank you @people for celebrating our big day with us. ? check my bio for the vid & article. 😉 @levkupermanweddings

“I want to live my life moving forward with integrity and pride,” Amboyer told People. “We might start a family one day and I would feel so strangely if I didn’t celebrate that with all of my family and friends and share that with the fans. This is just the beginning of a wonderful future.”

The wedding took place at New York’s Marble Collegiate Church and was attended by many performers, Tony winner Patina Miller, Paloma Guzman and voice actor Tara Strong among them. Darren Star, Younger’s creator/producer (not to mention creator of hits over the years from Melrose Place to Sex and the City) was also there.

DJ’ing the event was Drag Race contestant Pearl, and we’re sure everyone was feeling flazéda.

“[Nico] has inspired me by the way he’s become such an advocate for gender fluidity. I think the more open actors can be the less stigma there will be attached, which will be a positive thing moving forward.”