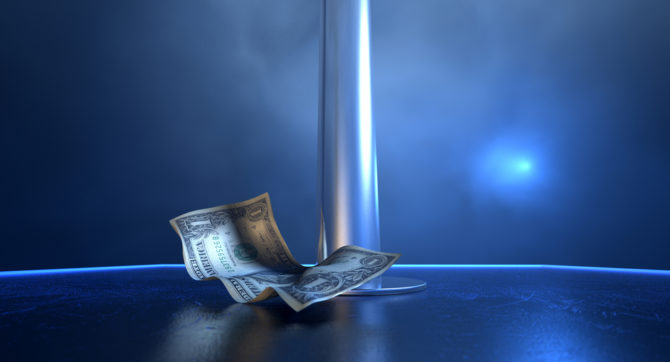 Welcome to Swinging Richards, a.k.a. “The only gay strip club in the heart of the The Bible Belt.” The club is located in Atlanta and is the subject of a new documentary appropriately titled All Male, All Nude.

In an interview with the Georgia Voice, director Gerald McCullouch calls the film “a unique symbiotic relationship to witness and experience night after night. There is so much common respect and appreciation.”

Related: Vivica A. Fox says no gays are allowed at her new male stripper revue in Vegas

He adds, “I was intrigued with the relationship many of the straight entertainers had with their gay regular customers.”

McCullouch, who is originally from Atlanta but is now based in New York, spent over five years on the documentary, interviewing dancers, staff members, customers, and shooting b-roll footage. Finally, all these years later, it will premiere at the Atlanta’s LGBTQ film festival Out On Film this weekend.

Check out the NSFWish trailer for All Male, All Nude…