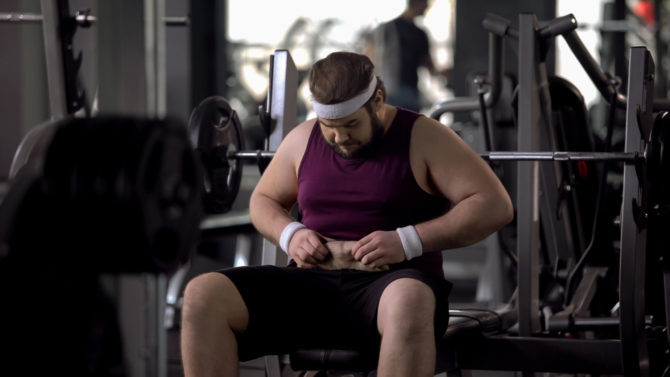 After years of seeing gay guys write “no fats” on their Grindr profiles, a recent study from Florida State University’s College of Medicine identified two personality characteristics that can incline people to be fat-phobic.

The study concluded that people with high levels of neuroticism and conscientiousness were more inclined to express an irrational fear of fatness (fat-phobia).

To be clear, neuroticism here is defined as persistent worrying and anxiety that can cause people to dwell on negativity. Conscientious here is defined as an awareness of the impact that their own behavior has on those around them.

Related: “You’re too skinny”: Body-shaming in the gay community works both ways

A lead researcher said that both neurotic and conscientious people tend to internalize societal attitudes and “let them guide their behavior and attitudes.” Thus, in a society that values slimmer people as healthy and more sexually desirable, largeness is viewed as bad and unhealthy.

Just so you know neuroticism and conscientiousness aren’t entirely bad: Concentrating on the negative can sometimes help people spot problems beforehand. Conscientious people tend to be ambitious, goal-oriented and like preparation and organization.

But there are definite downsides to internalizing and perpetuating fat-phobia. The National Eating Disorder Association (NEDA) estimates that gay men are seven to twelve times more likely than straight men to report binge eating and bulimia. Approximately 15% of gay and bi men will develop an eating disorder during their lifetimes, and 42% of men with eating disorders identify as gay or bisexual.

Overvaluing thinness and fearing fatness both contribute to the trend, so it’s important to understand the other attitudes that contribute to help blunt the growing trend of queer men who hate their bodies.