The Oscars are broadcast Sunday night, and if you have money riding on this – or if your reputation as the reigning movie queen of your social circle is at stake – then you might want to pay close attention to the predictions of Queerty’s Mark S. King. (Hint: This may be the winningest year ever for people of color.)

We have come to play, so we’re bringing you predictions in every one of the 24 categories presented during the show (those minor awards can rack up major points for you).

Of course, anything can happen, and that’s what makes this such an exciting night. Who could have predicted that Brokeback Mountain would lose for Best Picture? The winner that year was Crash. Yeah, we forgot all about that flick, too. So if our predictions bomb worse than Zoolander 2, well, then that’s show biz, folks.

So without further ado, the envelope, please:

Though Moonlight has been coming on strong in the Oscar horse race during the last months of the campaign, all roads lead to La La Land, the Hollywood love letter that threw Moulin Rouge and Singing in the Rain into a blender and delighted voters throughout awards season. Of course, if there is a strong #OscarsSoWhite backlash from last year, Moonlight might stand a chance. 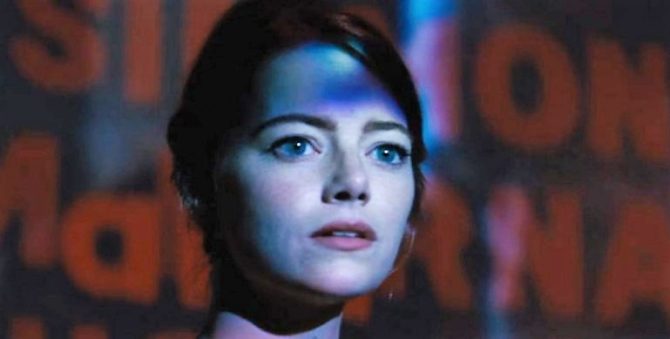 This category got a little crazy this year, with early trophies going to Natalie Portman for Jackie, and later awards going to Isabelle Huppert for the decidedly kinky Elle. But Emma Stone has consistently cleaned up and should be holding the statue on Sunday night for her performance in La La Land.

This is an example of social politics derailing a perfect campaign. Casey Affleck’s tortured soul in Manchester by the Sea was the critics darling through most of the year – until reports of sexual misdeeds in his past surfaced again. Voters began turning to Denzel Washington for his towering performance in (and direction of) the acclaimed Fences.

Nobody cries on screen better, and her work in Fences is a career high among many standout performances. This is one of several sure things.

A sure bet. His performance as the empathetic surrogate father (and drug dealer) of a young gay boy in Moonlight has won him trophies across the board.

Chazelle has been raking in kudos for his spirited direction of La La Land. Yes, plenty of people have reservations about the film (Boring! It drags in the middle!) but everyone is rewarding Chazelle’s skills.

In a so-so field this year, Zootopia has the lock.

DOCUMENTARY FEATURE: O.J.: Made in America

The O.J. Simpson mythology not only dominated television awards season with The People vs. OJ Simpson, it looks like Oscar is ready to revisit the debacle as well.

AND ALL THE REST

Makeup and Hairstyling
Star Trek Beyond

Original Screenplay
Manchester by the Sea, written by Kenneth Lonergan (Manchester may only win in this category, which gives it an edge, but La La Land could steal it)