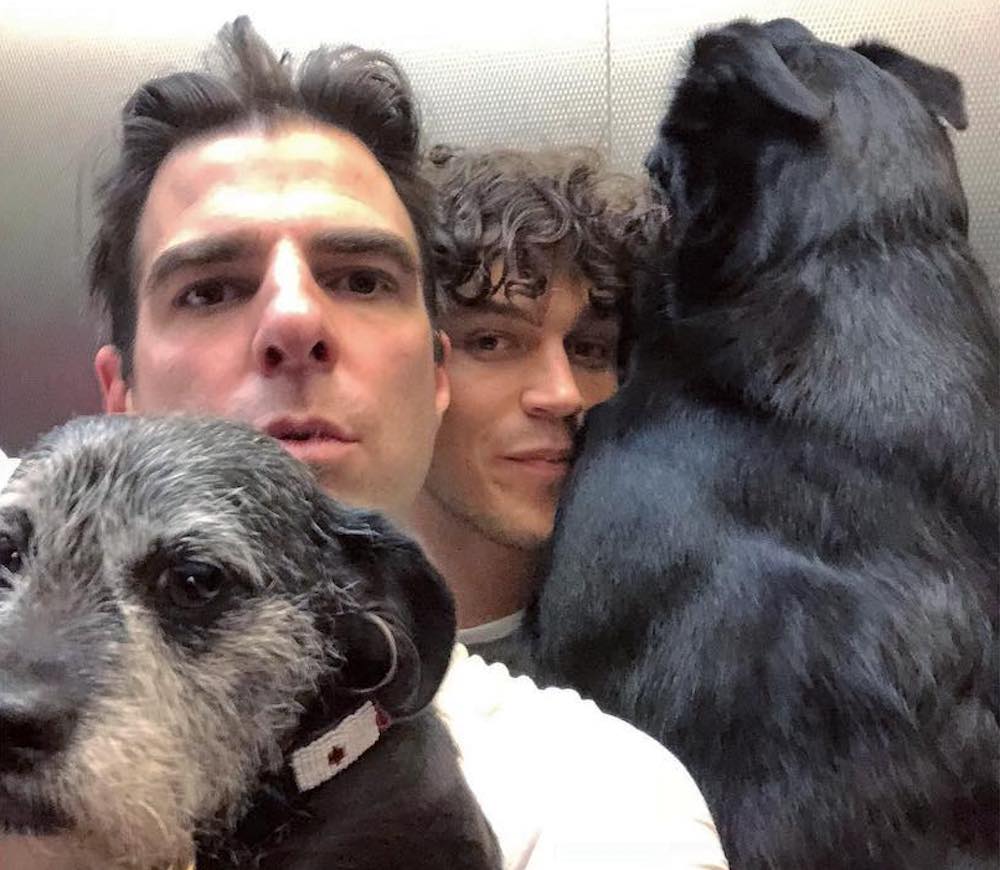 Zachary Quinto has reportedly split with his boyfriend of six years, Miles McMillan.

The 41-year-old actor and 29-year-old model began dating in the summer of 2013. They moved into a Manhattan apartment in 2015 and owned two dogs together: Skunk and Rocco.

E! Online reports that the two didn’t attend this past weekend’s Oscar awards show together:

[Quinto] traveled to Los Angeles over the weekend for the 2019 Oscars and stayed with Modern Family star Jesse Tyler Ferguson and his husband Justin Mikita. The two of them, not McMillan, were his “Oscar squad.” Quinto attended Vanity Fair’s Oscars after-party , whereas McMillan stopped by Elton John‘s AIDS Foundation Academy Awards Viewing Party.

Quinto hadn’t mentioned McMillan on his social media since last October, and McMillan’s most recent mention of Quinto on Instagram happened back in June 2018. In July 2017, Quinto posted a tasteful nude of McMillan on his Instagram.

Here is video of their apartment. (No word yet on who gets to keep it.)

Perhaps their separation was a foregone conclusion seeing how in February 2015, Quinto announced that he’s not a huge fan of marriage. Quinto said:

“I personally am not a huge fanatic of marriage. Commitment and relationships are a very individual thing, and I don’t stand to tell other people what to do or who to do it with, but for me, love is defined by two people in an intimate and personal way, and superimposing an institution on that isn’t necessarily, for me, the most exciting idea.”

Oh wel. McMillan has modeled for for Alexander McQueen, Dior Homme and other high-end fashion houses and magazines. Perhaps we’ll see him do more modeling work seeing as he’s single.