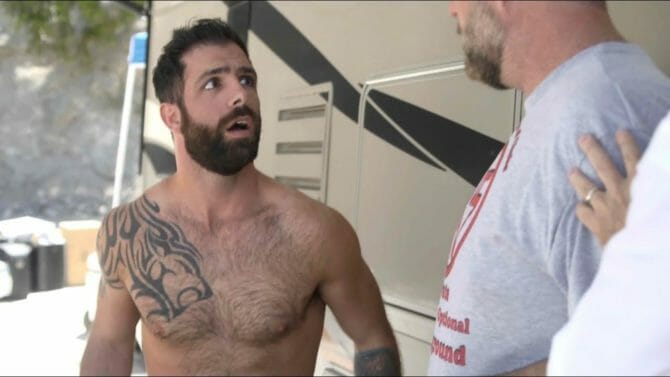 With the date of the Queerties looming ever closer (February 26. Mark your calendar.), we thought it a good opportunity to profile our nominees for Best Web Series. All of the nominees represent unique and rising voices of queer artists that yearn to tell fresh and untold stories. Some channel humor, others drama. Regardless, each deserves an audience for their bold and brave wit.

Vote in the Queerties for your favorite Web Series now until Feb. 22.

Two women of color–one queer–follow their dreams in the Windy City. Filmed on location in Chicago, the show scored an Emmy nomination and attracted an intimidate following, including from HBO which is rumored to be picking up the show for a multi-season run. Here’s hoping.

A documentary series, Room to Grow chronicles a group of queer adolescents around the United States and examines the challenges they face having come out at a young age. From first dates to hormone blockers, the show presents the hope for a new generation of LGBTQ leaders.

Newlyweds Michael & Michael seemed set to live happily ever after, until they realized: that could be a very long time. Now the pair try to find ways to keep their sex life interesting without driving each other totally nuts.

Two longtime friends. A murder mystery. A city that never sleeps. As the pair try to survive on the streets of New York, long-kept secrets of sexuality begin to emerge in this crime noir.

Where the Bears Are

This long-running sitcom tracks a group of randy Los Angeles bears as the try to solve Murder She Wrote-type mysteries even as the cope with all the usual woes of sex and dating. Needless to say, things get hairy (too soon?).

Matt & Dan channels old-school sketch comedy like The Carol Burnett Show, though with a distinctly gay twist. Groundlings alums Matt Wilkas and Daniel Vincent Gordh star in this series that plays like an even gayer version of Little Britain.

Bea Cordelia and Daniel Kyri based this dramedy series about a trans woman and a black man on their own friendship. As their characters Jo and Carter look for love within Chicago’s queer community, they renew their bonds of friendship in a series that explores the realities of modern queer life.