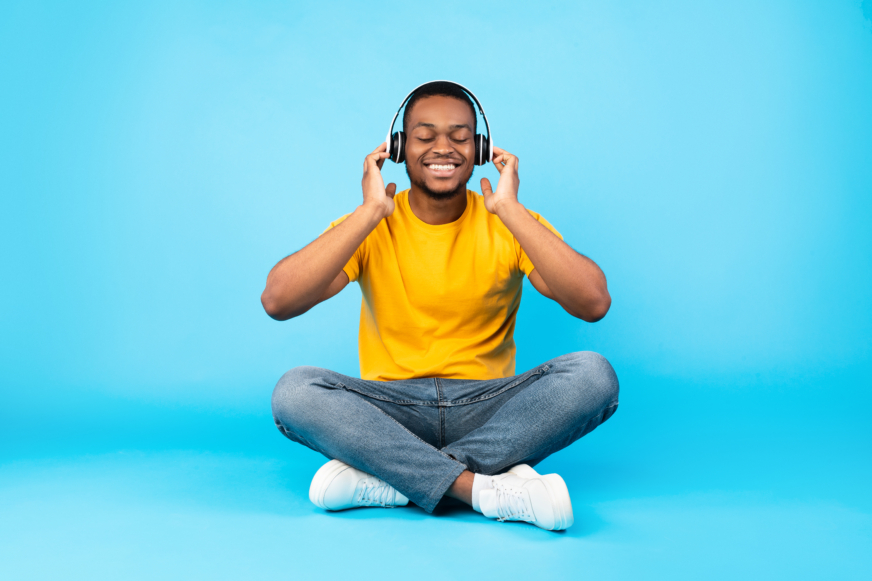 How many times has this happened to you: You’re listening to the latest episode from one of your favorite gay podcasts, the discussion turns particularly juicy, and you have opinions! But there’s just one problem… namely that, well, it’s a podcast. You can hear your beloved hosts tackling a hot topic close to your heart, but there’s no way for you to chime in, offer your two cents or share a similar story.

But that’s a problem no more.

SPACES, a new app launched this year by the same team behind Hornet, is a group-chat platform for queer communities, and many of your favorite gay podcasts are already on it! A wide range of podcasts have created Spaces in the app where their listeners can not only link up with each other but can chat directly with those same hosts who became their socially distanced besties over the pandemic.

The gay podcasts that have created communities on SPACES all use their Space a bit differently, but for each of them there’s no better place to engage in conversation around their latest episodes. Some even make new episodes available to members of their Space in advance. All of them use their Space to solicit feedback and suggestions from their most dedicated listeners.

Check out some of our favorite gay podcasts that have created vibrant communities on SPACES, some of which you’re probably familiar with:

One of our favorite gay podcasts, every episode of this popular, award-winning series sees hosts Kyle and Mike tackle a different gay stereotype. And let’s just say that with more than 300 episodes under their belt, the guys have covered a lot, from furries to flight attendants.

On SPACES, Gayish is currently the most-populated in-app community, and the conversation here moves fast! In addition to the guys posting an alert for each week’s new episode — which always sparks a ton of discussion among members — their Space has also become a super-inclusive place for queer people of all stripes to gather, support each other, and offer mental health check-ins.

When did you first learn about sex? What was your first time like? What’s the most embarrassing thing that’s happened to you during sex? These are the questions that Fruitbowl host Dave Quantic asks his guests, each of whom spans the gamut of sexual and gender identity. Listening to queer people open up about their sex lives each episode is both thoroughly meaningful and deliciously voyeuristic.

Quantic has crafted several communities on SPACES dedicated to frank discussions about queer sexuality. The main Fruitbowl Space is a place for him to share newly released episodes and engage in general discussions with hundreds of his listeners, while the private, more segmented Spaces he’s created — including Fruitbowl’s Kinky Queers, Fruitbowl After Dark and Fruitbowl Femmes — allow for adult content sharing and spicier storytelling.

Sometimes it’s tough to be a Star Wars-obsessed queer person, given the fandom has so many toxic, queerphobic trolls in its midst, but for more than 200 episodes Pink Milk has been a safe haven for “talking Star Wars, queerly.” Meant for super fans of the franchise’s films and TV series, there’s both a light-hearted podcast and an “After Dark” late-night livestream.

One of the first truly successful communities to be built on SPACES, Pink Milk regularly sees hundreds of Star Wars fans chat about all things under the Tatooine suns — discussions about the latest streaming episodes, rumors and speculation about upcoming series, and conversations about the comics, toys, and more. Best of all, there’s not a toxic troll in sight!

Gayest Episode Ever & The Cartoons That Made Us Gay

These are two of our favorite gay podcasts, both hosted by screenwriter Glen Lakin and journalist Drew Mackie. Each episode of Gayest Episode Ever dissects the great (and sometimes not-so-great) LGBTQ episodes of classic sitcoms, from All in the Family to Modern Family, and the guys discuss how well they hold up years later. On The Cartoons That Made Us Gay, they do the same for all those cartoons from our misspent youth that helped mold our queer identities.

You’ll find both podcasts on SPACES, where Glen and Drew not only share their latest episodes but reminisce over their impressive archive. The guys regularly chime in on all sorts of TV-related topics, both present and past, alongside a dedicated listener base that loves nothing more than dissecting and discussing television.

This weekly podcast hosted by Rick Clemons explores “the messiness and awesomeness of being a gay man over 40,” tackling topics as diverse as coming out late in life, polyamory and other nontraditional relationships, and being out and proud in the workplace.

On SPACES the “40 Plus” podcast has managed to build a community of middle-aged gay men seeking community and conversation, with new members welcomed.

SPACES is a completely free platform for all segments of the LGBTQ+ community, available on iOS now and coming soon to Android. Check out these gay podcasts and dozens more when you download SPACES in the App Store.