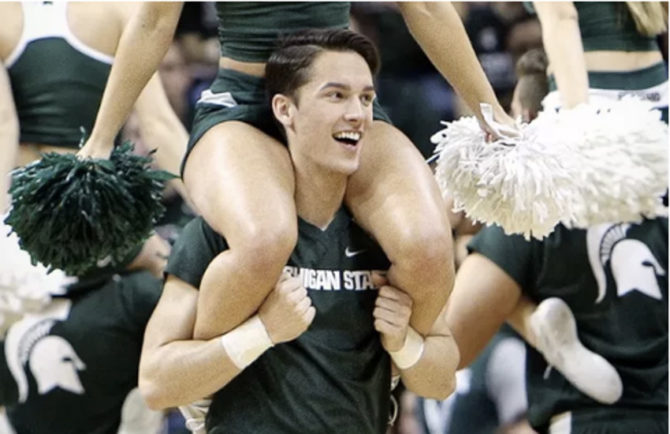 He got the horrible news from a classmate.

“A friend asked if I heard anything. I told her no,” he recalls in a powerful new column for Outsports. “She announced to the classroom that my high school boyfriend had taken his life in the night.”

According to the Trevor Project, suicide is the second leading cause of death among people ages 10 to 24, with LGB youth being four times more likely to try to take their own lives than straight youth.

Jean recalls, “Disbelief, fear, and shock began to flash through my body. This moment felt like forever.”

It was the spring of 2013. Jean was set to start college that fall. He spent the entire summer crying “endlessly” and wondering if he wasn’t living through a nightmare.

“I spent my time being constantly angry and pushing those that cared about me away,” he recalls. “A time where most students find happiness in graduating, graduation parties, and moving to college, I found myself depressed and in a dark space.”

But there was one group of peers who refused to let Jean shut them out: his cheerleading squad.

While I was pushing people away, my teams were pulling me in. That summer, I was an athlete of both my local community program, Champion Force Athletics, and Michigan State University, where I would spend my next four years cheering for the Spartans in green and white.

My CFA coaches and teammates showed immense compassion. They made me feel like they cared. I was comforted and constantly reminded that they were there for me. These were the people that knew me best, having spent four years practicing, traveling and competing with them.

Looking back, Jean says he couldn’t imagine navigating his way through the grief of Zach’s passing without his teammates.

“What I went through is something that no one should ever do alone,” he reflects. “I wish everyone could find the strength to be true to themselves and come out. It’s an amazing life when you are able to be true to who you are”

“Four years ago I felt like I was never going to stop crying, never going to be happy, and never have a zest for life. My sport, and those in it, proved me wrong.”

Today Jean is a senior at Michigan State University studying psychology. He has been cheerleading for four years at the collegiate level and will graduate in May. You can find him on Facebook or on Instagram @jakemicheal.