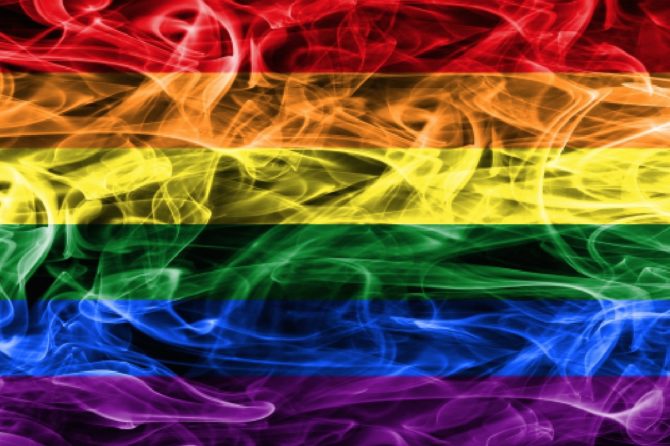 A Chicago pastor publicly set fire to an LGBTQ pride flag outside his church, just a few miles from the city’s gayborhood of Boystown.

Father Paul Kalchik, of Resurrection Catholic Church in the city’s Avondale neighborhood, burned the flag despite being told by church higher-ups not to do so.

Now protesters are calling for the priest to be removed from his position.

“To think that this hatred is being spread in our neighborhood is not acceptable,” said 33rd Ward Ald. Deb Mell.

Dell gathered with about a dozen others, rainbow flags in hand, outside the church to make their voices heard. One sign read “hate is not holy.”

“It is not ok to demonize a whole community and put out hatred rhetoric to make himself feel better,” she added.

According to the priest, the flag, which also had a welcome message to LGBTQ parishioners, was in church storage for a decade. He told the Chicago Sun-Times it was “propaganda.”

A supporter of Kalchik oddly told reporters that the priest supports the LGBTQ community.

“He is a big supporter of them and he is not against them whatsoever,” the man, named Patrick, said.

“He was burning that flag which was not symbol of LGBTQ,” he added. Ah, that clears it up.

The archdiocese issued this statement: “…Archdiocese leadership previously contacted the pastor to notify him he could not move forward with that planned activity. We are following up on the situation. As Catholics, we affirm the dignity of all persons.”