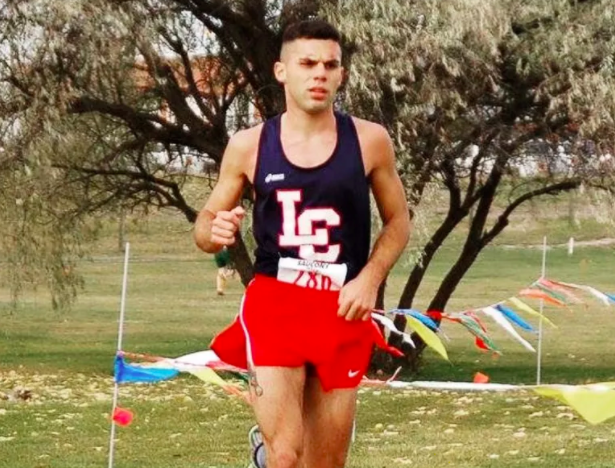 Former college track star David Gilbert made headlines in 2015 when he came out as bisexual on Facebook, which took a lot of courage for someone raised in a Jehovah’s Witness household.

“Growing up as a Jehovah’s Witness, I have been told many times whom I can and cannot be,” Gilbert, who was attending Lewis-Clark State College in Idaho at the time, wrote. “I would like to let everyone know that I, David James Gilbert, am bisexual.”

Now, in a new interview with Outsports, the runner reflects on his coming out experience five years later, coronavirus, and the current state of American politics.

“Life is weird right now,” Gilbert, who now lives in Seattle and works in finance, says, “I believe that two types of athletes will emerge from this pandemic–those who used this time to better themselves and those who wasted it. I hope that you choose wisely.”

I miss this guy grabbing my baton

Looking back on his coming out experience, Gilbert says he spent “far too much time lying awake at night debating if the way that I felt was a choice and whether or not I should be open about it.”

“The day that I came out and was finally open about who I was, I felt that a weight had been lifted off my chest,” he recalls. “I had carried that weight for far too long, and it prevented me from reaching my full potential in all avenues of my life. I truly believe that I would have become a better athlete if I had been open about who I was at an earlier age.”

“The most valuable piece of advice that I can give is to live your truth and be your authentic self. The road to accepting and being comfortable with yourself can be a long and difficult one–but it is also the most rewarding.”

What a time to be alive #NationalComingOutDay

Asked where his interests lie today, Gilbert, like many of us, says he’s focused on the upcoming election.

“Right now, I am very passionate about politics and what is going on in our country,” he says. “The events occurring right now are going to shape the structure of America in the coming years.”

He adds, “I feel that each day brings a new conspiracy theory and it is so important for us to understand and be able to separate the truth for the sake of younger generations and the future of America.”

Scroll down for more pics from Gilbert’s Instagram page…

About to end this relationship?????

Had to checkout how the wall was coming along?

It’s been hard to find someone who can pretend my stories aren’t lame, but today I got something important….HAPPY BIRTHDAY CAM

Glad that I had some great memories with some awesome people this summer?? Sad it's over. Thanks for a good one everyone.

last first race in the books

Thanks for being my date?