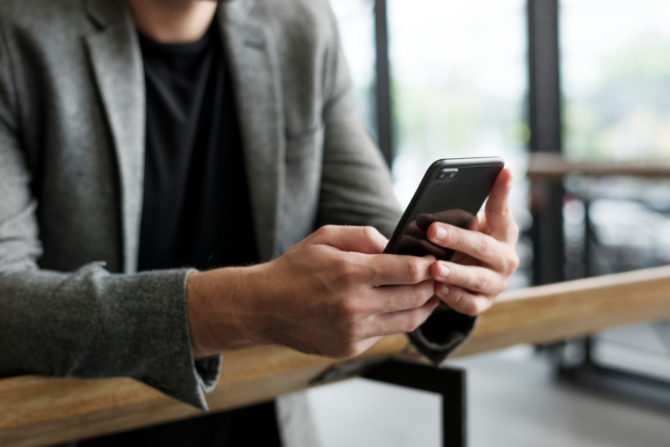 Since coming out, I’ve watched myself become more unabashedly “me” on most of the social media platforms I use. I write about my love life on Tumblr, communicate in Real Housewives GIFs on Twitter, and, um, “check” my dating apps.

In short, I’m myself.

But on Facebook, I often find myself presenting… differently. I’m certainly not back in the closet, but I’m also not the same person I project in most other areas of my life.

Sure, most of my status updates are about the Spice Girls or Carrie Fisher. But I rarely if ever broach the topic of sexuality.

I don’t talk about my dating life (on the rare occasions that it actually exists). I’m careful about what sorts of photos I post. And I share articles about LGBTQ+ topics without comment — wanting people to know I care about those issues without shoving my personal stuff down their throats. (Apologies for the imagery.)

Some context: I didn’t come out to my parents until I was 25. It was an awkward, years-long process — and one I replicated with many of my friends back home, some of whom I didn’t tell until fairly recently. Since I moved the 7,000 miles from Cyprus to California, Facebook (and my phone) have been my primary methods for staying in touch with them.

And so, on Facebook, I am often very much the same person I was 10 years ago. You know, when I was still pretending to be straight.

It’s not a conscious decision. For a long time, I didn’t even notice the difference. But once it came to my attention, I couldn’t help but ask myself: why? Is it some version of denial? Do I still fear rejection? Am I just worried that I’ll need to have The Conversation with yet another ex-classmate I’ve haven’t spoken to in 15 years?

The answer to all three of those questions is probably “Yes”, but there’s more to it than that.

Over the years, I’ve come to realize that I’m not trying to hide the real me on Facebook or pretend to be someone else. I’m just being the fragment of myself that the people I know from way back then are used to interacting with. And, as long as that comes naturally, that’s perfectly fine with me.

I write this with full acknowledgment that I have had it easier than most, especially a lot of the other gay kids I know from Middle Eastern families. My close friends didn’t really have anything against gays. (Except for those who quietly unfriended me on Facebook… yes, darlings, I noticed.) My parents were hesitant at first but have since come to accept it. I’m also “privileged” in the sense that my outward appearance is fairly straight-passing (I am a terrible dresser and have no idea what to do with my hair) which means that, apart from the nail polish, my friends and family have had little to visually acclimatize to.

Yes, yes, I know. Many of us spend years pretending to be someone we’re not, feeling miserable and terrified and alone. (Well, I certainly felt like that.) It takes courage and strength to come out, and once you’ve done it, why the hell would you want to go back? Why would the people who “love” you even want you to?

But this isn’t me saying, “What about them?” This is me acknowledging the fact that human beings are socialized to view the world a certain way. And yes, that needs to change. But for now, when a person takes the time to relate to me and think beyond what they know, I’m willing to project a version of myself that makes them comfortable.

(As I write that down, I realize that isn’t very far off from normal social etiquette.)

There is also the fact that my specific cultural heritage means that a lot of the extended family I’m connected to on Facebook don’t have the social bearings with which to accommodate The Gay Cousin. Those who live in Europe and the U.S. are cool, but how the hell can I expect my poor parents to answer questions about it from people who live in countries where being gay is illegal? I have a responsibility to them, too, and not sharing a photo of Antoni Porowski in his underwear is a sacrifice I’m willing to bear.

Social media platforms are all about self-expression. (Well, except for when they’re selling your personal information to get a supporting character from the movie “Two Weeks Notice” elected President.) And while I think people should be able to be 100% of themselves 100% of the time, I’m okay with being a slightly restrained version of myself on places like Facebook. A lot of people aren’t even that lucky.