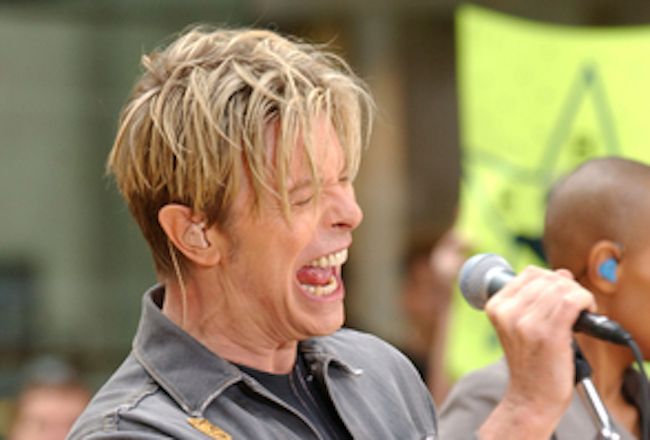 Nile Rodgers — the producer behind seminal albums by Duran Duran, The B-52s, and Madonna — celebrated what would have been David Bowie’s 71st birthday by releasing an unreleased demo of the late artist’s 1983 hit, “Let’s Dance”.

Rolling Stone says of the demo:

“Compared to the bombast of the final version, the demo presents ‘Let’s Dance’ in its bare bones form, with Bowie’s singing thrust to the song’s forefront.”

“I’ve been blessed with a wonderful career,” Rodgers says, “but my creative partnership with David Bowie ranks very, very, very high on the list of my most important and rewarding collaborations.”

“This demo gives you, the fans, a bird’s eye view of the very start of it! I woke up on my first morning in Montreux with David peering over me. He had an acoustic guitar in his hands and exclaimed, ‘Nile, darling, I think this is a HIT!’”