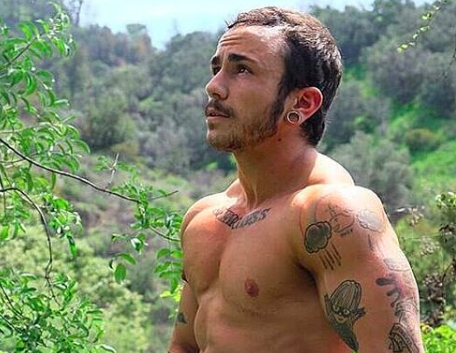 Diamond appears in the underwear giant’s annual Proud campaign. In an interview with Gay Star News, the 27-year-old says his new gig “a dream come true.”

“When I started working out about five years ago, my dream was basically to become Marky Mark,” he says. “I wanted to be an underwear model, a buff guy, and I’ve been buying Andrew Christians for years. So it was definitely like a dream come true for me.”

Diamond began taking testosterone four years ago, though he’s been presenting as a male since he was just three years old.

Though he’s not “close” to his family, he says there have been “no big issues” about his transition. The hardest part has actually been finding work as a personal trainer.

But if his new gig with Andrew Christian is any indicator, Diamond may not have to worry about finding personal training clients much longer.

“We are so proud to have Jesse Diamond, our first FTM trans model, as one of our brand ambassadors,” the underwear company says. “Andrew Christian was one of the first, out, loud and proud LGBTQ companies, we are so happy that we now have Jesse as part of our team.”