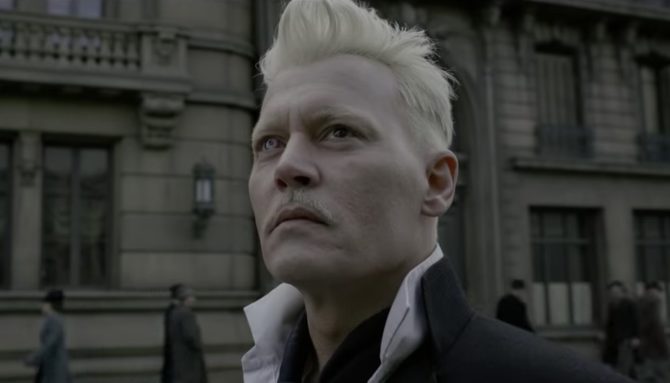 Much ado has been made over fictional wizard Dumbledore’s sexuality and how it might be addressed in the ongoing Harry Potter spin-off franchise, Fantastic Beasts.

Phonex feathers were initially ruffled when David Yates, who directed the upcoming installment titled The Crimes of Grindelwald, said in an interview that Dumbledore’s sexuality will “not explicitly” be touched on, despite J.K. Rowling repeatedly stating in interviews that the wizard is gay.

Some fans found that a bit odd, seeing as the plot finds Dumbledore chasing after his supposed ex-love, the since-turned-evil Grindelwald (Johnny Depp).

Rowling seemed a bit annoyed at the non-troversey, saying:

“I can’t tell you everything I would like to say because this is obviously a five-part story so there’s lots to unpack in that relationship. … We’ll see him at that formative period of his life. As far as his sexuality is concerned … watch this space.”

Jude Law, who plays Dumbledore in the films, reiterated that sentiment:

“What you got to remember this is only the second Fantastic Beasts film in a series and what’s brilliant about Jo’s writing is how she reveals her characters, peels them to the heart over time. You’re just getting to know Albus in this film, and there’s obviously a lot more to come. We learn a little about his past in the beginning of this film, and characters and their relationships will unfold naturally which I’m excited to reveal. But we’re not going to reveal everything all at once.”

With The Crimes of Grindelwald set for theaters November 16, fans will soon see how much, if at all, Dumbledore’s sexuality plays a part in this particular installment. We aren’t expecting much.

That said, the final trailer for the film does include one blink-and-you’ll-miss-it moment that could be interpreted as a wink to those wanting to see this relationship explored more openly.

Related: J.K. Rowling strikes back at fans who are angry Dumbledore won’t be “explicitly” gay in new film

Naturally, you need to be up on your wizard-world lingo to get the reference.

Around halfway through the trailer, Dumbledore gazes into the Mirror of Erised, which reveals one’s deepest desire. 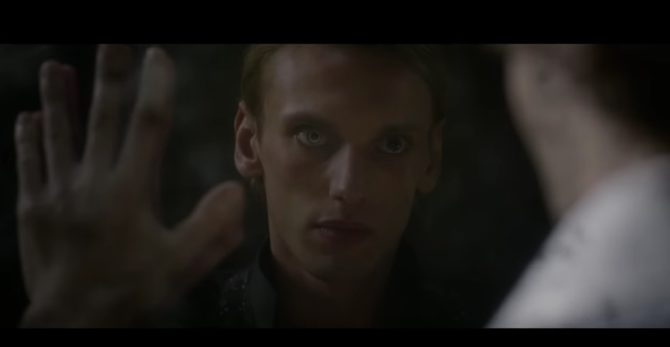 And wouldn’t you know it, a young Grindelwald stares right back at him from the enchanted glass abyss.

“I cannot move against Grindelwald,” Law replies as we see the deeply tortured mirror-mirror moment.

“Because I was in love with him,” belts the subtext as if it’s Celine’s last night at Caesar’s.

Fantastic Beasts: The Crimes of Grindelwald arrives in theaters November 16.