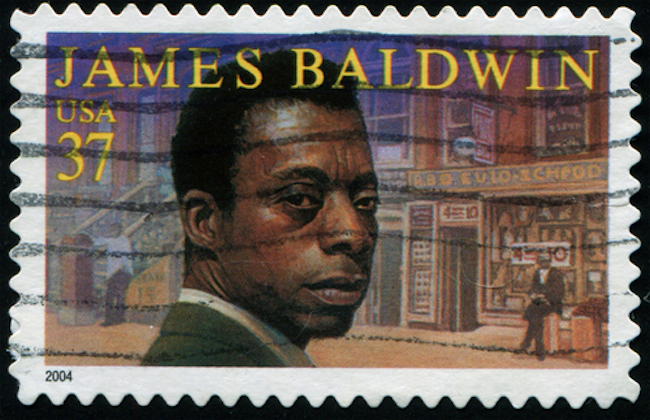 James Baldwin is a towering African-American literary figure who has become if anything better know since his death in 1987, especially with the release of the Oscar nominated documentary “I Am Not Your Negro.” His personal confluence of identities, black gay man raised in the church, ex-pat, artist, journalist and activist continues to fascinate and defy easy definition.

Yet the estate of James Baldwin has held onto his personal collection of letters with a vice grip, and nobody’s altogether sure why.

Not only has it never allowed any of Baldwin’s personal correspondence to be published, it’s only let a handful of scholars view the documents at all, and biographers are altogether forbidden to directly quote passages from the letters in their work.

Now, rare archival papers from the late black queer author and social critic have landed at the Schomberg Center for Research in Black Culture, a division of the New York Public Library. And there’s some great stuff, including his correspondence with Lucien Happersberger, a Swiss painter Baldwin called “the one true love story of my life.”

But try not to get too excited: The New York Times reports that

many of his personal letters will remain off limits for another generation — a byproduct of complicated negotiations between the library and the estate, and a reminder that family members are not always comfortable with the spotlight’s falling on a loved one, even decades after death.

Related: Six Classic Works Of Gay Literature Everyone Should Read In The New Year

The archives consists of manuscripts, notes, drafts, and letters from the likes of Nina Simone, William Styron, Jacqueline Kennedy Onassis, and Lorraine Hansberry. But the bulk of restricted material are letters he wrote to his four closest friends. Those are under a 20-year seal, leading one to wonder why the estate doesn’t think we’re quite ready to read the contents therein.

Related: Beyond Moonlight: 5 Black LGBTQ films that blazed the trail

The NYT also reports that there’s

a seven-year waiting period on any public display of all but a handful of items — seem puzzlingly out of step with current trends at archives, which tend to make as much freely available and visible online as copyright will allow.

“There’s always a balance in guaranteeing access for scholars,” he says, “while at the same time being sensitive to the family.”

He says the collection will be available “in due time.”

“Archives move by decades and generations. We’re here to keep it forever.”

Kevin Young, Director of the Schomburg Center, said in a statement:

“Baldwin’s amazing collection adds to our ever-growing holdings of writers, political figures, artists, and cultural icons across the African diaspora. With the current resurgence of interest in Baldwin’s works and words, and renovation of our own spaces from the main gallery to the Schomburg Shop, the timing couldn’t be better for Baldwin to join us at the Schomburg Center. As a writer myself, I am eager for students, scholars and other writers—I count myself among all three—to have the opportunity to see his profound writing process up close.”