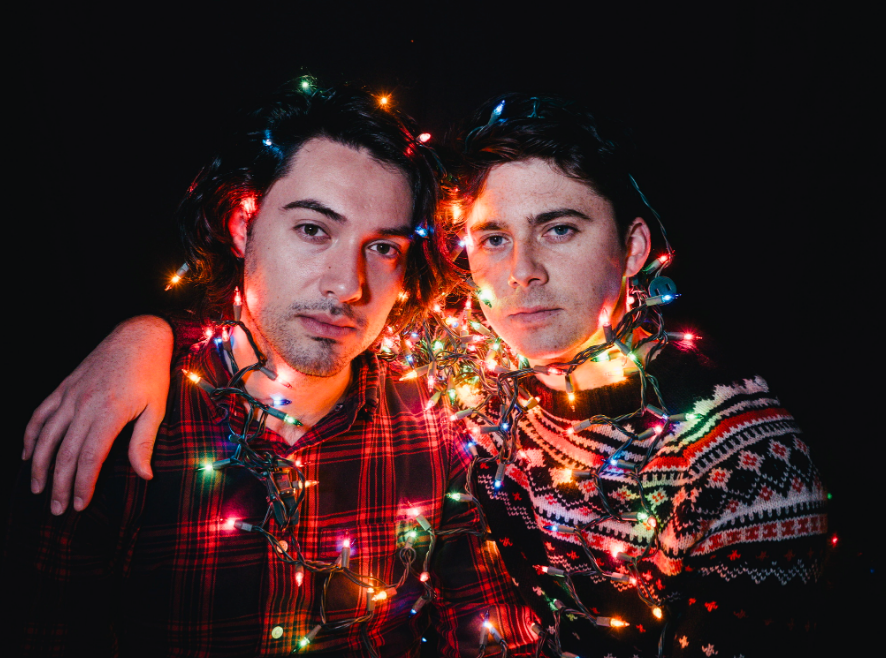 As the holiday season nears, we asked a series of influencers what about their deepest, darkest year-end secrets–in addition to what they hope to see under the tree December 25.

Corey and Cristian, AKA The Yoberts, are a recently married couple who believe life’s too short to do one thing at a time. The duo met at Carnegie Mellon University a decade ago and haven’t looked back.

Corey is a professional singer when he isn’t managing operations at Sunset Studios. Cristian oversees knowledge management for BCG Digital Ventures and runs the Los Angeles chapter of Out in Tech. They moved to Los Angeles four years ago from New York and dream of winning the lottery and being bi-coastal before 30. They’re 0-1 so far.

Queerty talked to the cute couple about their holiday plans…

What are you working on right now?

Corey: I was recently asked back into the studio to do some demo work for a new musical. Think sequel to Jesus Chris Superstar. Very excited to start on that in 2020 and hopefully I’ll have something to share from it soon.

Cristian: I lead the LA chapter of a nonprofit called Out in Tech that creates spaces for LGBT+ people in the tech industry to connect. We’re really taking a focus on community development in the new year and it should be lots of fun.

C & C: We were recently in a music video though, no update on when or if that will appear

This is a divided time in America: How will you use the holiday season to bring loved ones together?

Corey: The current state of our country makes just about everything we do/say/think political. That said, I really like that certain issues have become mainstream enough to engulf the family within a group discussion. The most important thing is to keep your ears open and let people finish their thoughts before you jump in to correct them.

Cristian: While it is such a politically divisive time, it’s amazing how much we all have in common. You’ll find at the end of the day, most people share good intentions, they just have different ways of going about it. This holiday season, we’ll be extra focused on connecting with people and celebrating love. It’s amazing how well we can all get along when we’re unified by something as universal as love.

Corey: When my siblings and I were all really little, Christmas Eve was a big family to-do. There would always be a house full of music, laughter, and rounds of gift opening. To be honest, it was better than Christmas Day itself..haha! My wish is that we will be able to recreate something similar for our kids someday.

Cristian: I grew up in a bi-cultural household so my fondest memories revolve around getting to celebrate Christmas twice. Noche Buena was always a huge family affair with Cuban music blasting, little kids squealing, and more lechón than you could ever imagine. That was Christmas Eve, so the next morning, my sister and I would sneak back to our Dad’s house where we would do Christmas all over again with stuffed stockings, lots of eggnog, and another round of presents.

What are you guys hoping for underneath the tree this year?

Corey: We haven’t really talked about it publically, but we’re about to close on our first house! So, under the tree I want the signed closing papers with a lil washer/dryer somewhere closeby.

Cristian: What he said!

? hope everyone is having an amazing Sunday!

We're still three months away from celebrating 2 years of marriage and over 10 years of loving but I can't hold it in! ??? I love you so much and more each day. Thank you for trusting me even when I can't fully explain what I'm thinking. You're my inspiration and my best friend. Sometimes it seems like we're still 20, skipping class, and then I start indexing all of our moments together and the only thing I can say is I'm so thankful those memories are with you. Happy Random Sunday Love Fest. ?

? So honored to have been able to participate in last night’s TrevorLIVE program to help support LGBTQ youth in crisis! If you haven’t donated to @trevorproject before, please consider it. They’ve recently expanded their 24/7 phone hotline to include text and chat – every lil bit counts! #trevorlive ?: @stevensimione