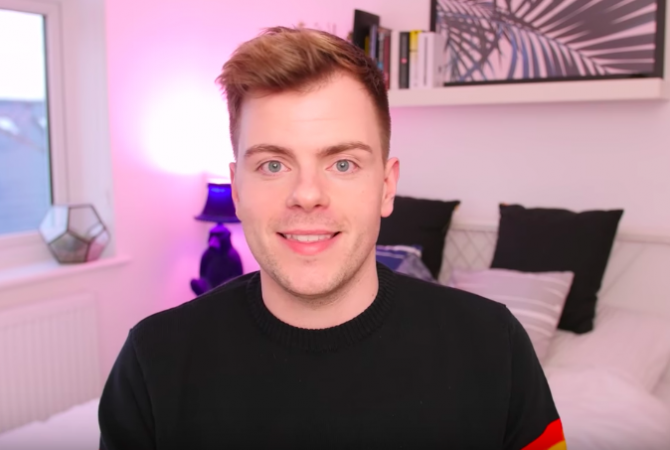 YouTuber Niki Albon just came out as gay to his 185,000 followers in a heartfelt new video.

The British internet star opened up about his sexuality yesterday in a video appropriately titled “I’m gay” and captioned: “A video that’s been nearly 28 years in the making. Warning: it’s gay.”

“I feel like I haven’t been honest and truthful the entire time with myself, let alone with anyone else”, 27-year-old Albon says in the video. “I feel like I was just being deceptive, and saying that now it’s just so stupid, but it got me down.”

He continues: “For the last four years I feel like I wasn’t being my honest self, which is annoying in so many ways, because I’ve always tried to be one of those people on the internet who is real.”

Albon says the first person he actually came out to was his therapist.

“I hadn’t said that to anyone else before: that was the first time, at the age of 27, that I’d said that,” he recalls. “In my mind I was building up this almost fantasy of the perfect scenario, and how these things would play out, and I think that’s what held me back for so long.”

“There is no such thing as a perfect moment,” he adds. “Sometimes life presents you with moments and sometimes it doesn’t: you need to make them yourself.”

Shortly after posting the 20-minute video, Albon took to Twitter to thank everyone for their support, tweeting: “I am so overwhelmed by the love being sent my way right now. Thank you so much!”

I am so overwhelmed by the love being sent my way right now. Thank you so much! ??

I know that this family portrait would mean a lot to my younger self, who spent a ~long~ time worried he'd damage what he had in the 2nd photo.