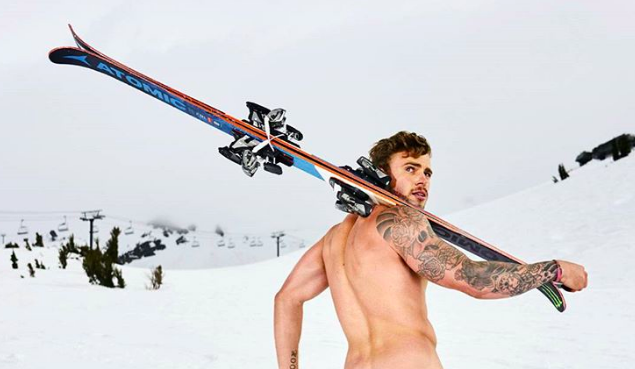 The 2010s was truly one for the LGBTQ history books.

From a record-shattering 80 LGBTQ candidates wining elections this past November and broadcast television setting a record for gay characters, we’re ending this decade in a much-improved place in terms representation and visibility even if we still have miles to go.

So while it may seem trivial and silly to create listicles about the best moments of the decade, it’s precisely these events–and thousands more–that shaped our narrative, started dialogues, and lead to cultural change.

Let me know which moments I missed in the comment section.

Netflix’s “Orange is the New Black” took the world by storm when the original series following the lives of female prison inmates came out in 2013. Breakout star Laverne Cox paved the way for trans actresses to star in a mainstream television show and raked up a bunch of firsts including winning a Daytime Emmy, posing nude for Allure, earning a wax figure at Madame Tussauds, covering Time, and always using her platform to address trans issues and represent her community activists in a way not afforded to the pioneers before her.

@Lavernecox is the first openly transgender person to appear on the cover of @TIME magazine. #BlackWomenDidThat pic.twitter.com/HH8mbkC03s

Apple CEO Tim Cook came out in 2014 becoming the first openly gay CEO on the Fortune 500 list. And it was not just any Fortune 500 company, it was perhaps the most revered company, one he’d shepherded first as Steve Jobs right-hand man and then as CEO after Jobs’ passing.

“I’m proud to be gay, and I consider being gay among the greatest gifts God has given me,” Cook wrote in Bloomberg Business.

“What was driving me was [that] I was getting notes from kids who were struggling with their sexual orientation. They were depressed. Some had suicidal thoughts…had been banished by their own parents and family. It weighed on me in terms of what I could do,” Cook said.

Learning that one of America’s most powerful businessmen was like them helped those kids find hope in his visibility.

3. Prince Harry and Rihanna Get Tested

For World AIDS Day in 2016, Rihanna and Prince Harry got tested together in Barbados and the video was shared by Kensington Palace on social media. “It’s better that everyone goes and gets tested,” Harry said in the webcast. “Why wouldn’t you? Whether you’re a man, woman, gay, straight, black, white, whatever, even ginger, why wouldn’t you come and have a test?”

Prince Harry, Rihanna observe World AIDS Day by visiting an HIV clinic in Barbados and being tested for the disease. https://t.co/rZfXskN7Le pic.twitter.com/QGKBIj7hwH

Princess Diana made history when she shook the hand of 32-year-old man with HIV in 1987. “She was using her position as Princess of Wales, the most famous woman in the world, to challenge everyone to educate themselves, to find their compassion, and to reach out to those who need help instead of pushing them away,” Harry said in 2017. Having Rihanna and Prince Harry continue his mother’s legacy and outreach to the queer community is the type of allyship that changes hearts and minds.

The Met Gala’s theme was Catholicism in 2018 and while most celeb were giving halo headpieces and Pope-inspired ensembles, Emmy-winning creator Lena Waite served divine intervention in a Pride cape. “It’s like my skin,” Waite told Refinery29.  “I’m proud to be in it and put the community on my back to make sure they know I got ’em all the time. It’s not about church or Catholicism. You were made in God’s image. So, that’s how we rockin’ tonight.”

LENA WAITHE WEARING THE PRIDE FLAG AT THE MET GALA IS THE BIGGEST FUCK YOU TO RELIGIOUS HOMOPHOBES OF 2018 pic.twitter.com/MoupmUaMes

The look references Waithe’s powerful speech when she became the first black woman to win an Emmy for comedy writing. In the speech, Waithe discussed how LGBTQ people wear “imaginary capes” when they come out of the closet.

We saw some remarkable developments in professional sports that at least increased conversations about equality and acceptance in a world known for its hyper-masculinity, misogyny, and homophobia. Following in the footsteps of baseball player Billy Bean and NBA stalwart John Amaechi, basketballer Jason Collins came out shortly after his retirement followed closely by footballer Michael Sam, the first openly gay player drafted into the NFL. Trans athlete Chris Mosier starred in a Nike ad. Robbie Rogers became the first openly gay soccer player. And NBA star Reggie Bullock used his platform to speak about violence against trans women after the brutal murder of his trans sister.

One of the most touching moments has developed over the last year—Miami Heat’s Dwyane Wade constantly, consistently, and confidently supporting his gay son Zion.

I’ve seen some post-thanksgiving hate on social about my family photo. Stupidity is apart of this world we live in—so i get it. But here’s the thing—I’ve been chosen to lead my family not y’all. So we will continue to be us and support each other with pride, love & a smile! ??

Wade and Gabrielle Union are role-modeling what it means to fully support and love their child unconditionally, using their preferred pronouns, and shutting down homophobic trolls. We love to see this. And we need to see it—especially in the athletic community and especially in the Black community.

6. It Gets Better Campaign Responds To Youth Suicides

Dan Savage and his partner Terry Miller founded It Gets Better in 2010 in response to the rise of suicides of teens who were bullied because they were, or were suspected of, being gay. The goal was to prevent suicide by having gay adults convey the message that life gets better and they have much more to look forward to. Universities, businesses, sports teams, and faith organizations rallied behind the campaign.

Public figures from President Obama and Janet Jackson to Justin Bieber and Tom Hanks released videos and statements. And countries around the world including South Africa and Italy adopted similar campaigns. To date, over 70,000 people have shared their “It Gets Better” story.

“I dedicate this nomination to outsiders everywhere,” Ru wrote in a statement about his nod. “Brave souls who, against all odds, stick to their dreams and make the world a more colorful place. On behalf of those people—my tribe—I am so grateful.”

8. Janelle Monae is a “free-ass motherfucker”

Janelle Monae came out as queer, pansexual, and a “free-ass motherfucker” in an interview with Rolling Stone in 2018 and the revelation sent thousands to the Web to figure out what the hell a pansexual is.

Merriam-Webster.com reported “pansexual” was among its most looked-up terms on the day the “Pynk” singer’s interview dropped—an increase of 11,000% from the days prior.

“Born This Way” was inescapable in 2011. It reached the top of the charts in over 25 countries. The moment you hear it, you know it’s pop perfection. But the lyrics are almost like a hymn or a spiritual for a gay person listening to a lovely pop song that expresses a sentiment that belongs deep in their souls.

Imagining kids all around the world hearing that song on mainstream radio and seeing Gaga perform it on mainstream shows like Good Morning America and the Super Bowl makes my heart sing.

Throughout the 2018 Winter Olympics coverage, figure skater Adam Rippon and skier Gus Kenworthy captured everyone’s hearts. Both were the first openly gay men to compete in the sports’ history and both took home medals in the face of death threats and internet trolls wishing they’d fail.

To all those who tweet at me saying that they “hope I fail”, I have failed many times many times in my life. But more importantly, I’ve learned from every setback, proudly own up to my mistakes, grown from disappointments, and now I’m a glamazon bitch ready for the runway.

Both athletes showed courage and resiliency and turned the other cheek.