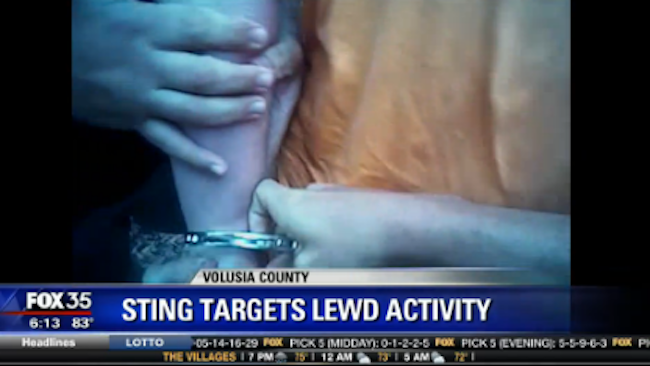 In a four-day sting spanning six public parks in Florida, Volusia County Sheriff Mike Chitwood and his team lurked around the brambles and brush to eventually capture 18 men cruising for sex.

Because this is Florida we’re talking about, several newspapers went ahead and published all 18 headshots of the men who were arrested, even including their full names and places of residence.

The News Journal reports undercover deputies would sit around on park benches and wait for men to approach.

The men were all charged with indecent exposure and committing lewd acts.