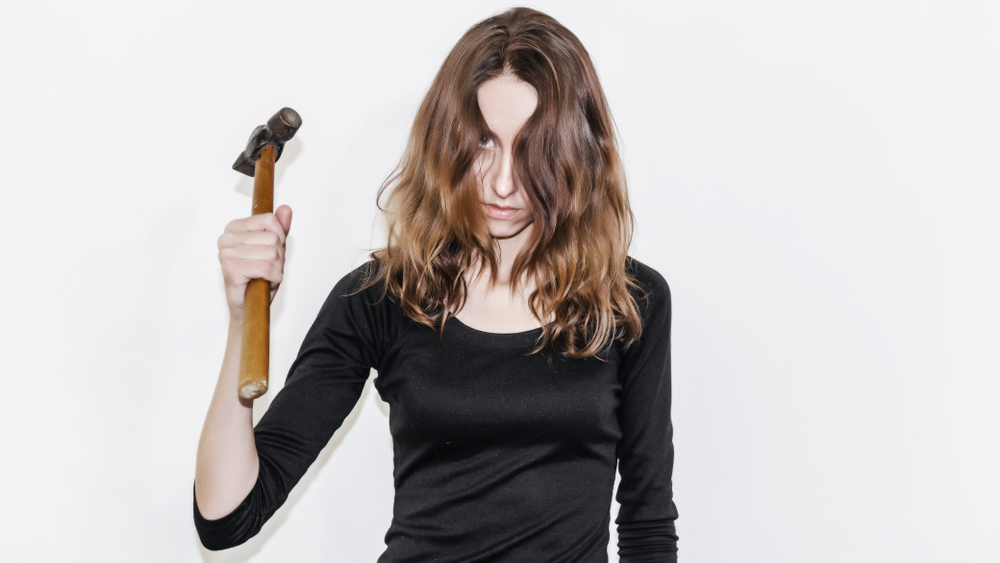 Three sisters around age 30 shouted homophobic slurs at a man while one of them attacked him with a hammer. But a judge has let the sisters avoid jail because “it was in the best interests of their children for them not to serve prison sentences.”

It’s a little complicated, but stay with us.

On August 11, 2018, Louise, Leanne and Samantha Whelan (ages 29, 32 and 33, respectively) were driving to their mother’s house when they saw Katie Cunningham, the new girlfriend of Samantha’s baby-daddy, Thomas Carson, on the street. Cunningham was visiting the house of Carson’s mother, Deborah McKenna.

Samantha grabbed a hammer and threatened Cunningham, and Cunningham ran inside of McKenna’s house. When Peter Taylor, a friend of McKenna’s, heard a commotion at the front of the house, he went to investigate.

The sisters were shouting for McKenna and Cunningham to come outside of the house. And when Taylor told them to calm down, Samantha allegedly said, “F*ck off, we don’t want you.”

When Taylor refused to leave, Leanne reportedly swung the hammer at him and missed. All three women began shouting homophobic slurs at him.

Although the hammer never connected with Taylor’s actual body, he said the attack left him “feeling depressed and anxious, ‘looking over his shoulder all the time’ and struggling to sleep at night,” according to the Liverpool Echo

All three women also have kids between seven months and 14 years of age. Because of this, the judge in this case said all three women should avoid jail time, lest it have a bad effect on their kids.

Instead, the judge gave them each a three-month curfew from 8 p.m. to 6 a.m. daily, 20 days in a rehab program and a five-year restraining order to leave Taylor and McKenna alone.

The three women were seen laughing and smoking outside of the courtroom after their sentences were handed down.