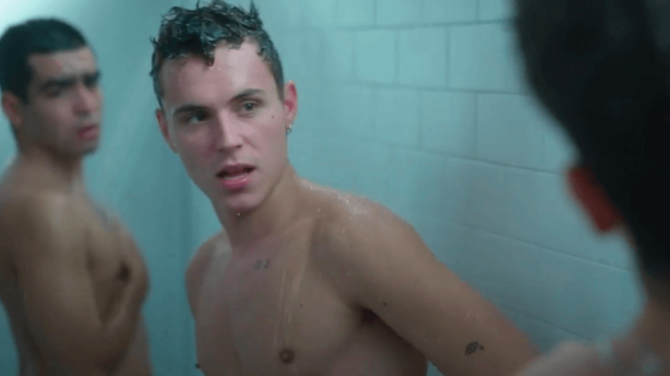 As a gay Colombian-American, I’ve often felt forced to navigate (and endure) fewer options for quality entertainment that accurately represent my culture and get at my authentic self.

And don’t even get me started on finding a show that succeeds in displaying gay sex in all its Latino glory. It takes talent and vision to create television that can function simultaneously as entertainment and titillation. ¡Pero no te preocupes, esta selección no fue escrita por gringos!

Undoubtedly one of the best shows birthed by HBO; La Veneno sets the golden (no showers, sorry) entertainment standard for Spanish queerness. It centers around the legacy of Cristina Ortiz Rodríguez, who became the first trans public personality in Spain through her unpredictably hilarious antics on national television and lived on to become La Veneno, an international gay icon. This is thanks to a trans fan (and future author) who helps put her back in the spotlight. The limited series empowers what it means to be trans without the fragility and filter of its American counterparts. Every episode intertwines flashbacks of La Veneno’s younger, twinkier days, so you can relate to the coming-of-age theme while watching get it on with the barrio’s matón (neighborhood bully).

Imagine Gossip Girl with actual drama and a lot more Spanish men having sex with men. Much like real life, you never know when a seemingly non-queer character will get seriously curious about someone of the same sex. When three working-class teens enroll in a private school in Spain, all hell breaks loose – for better, worse, and sexier and sexier. There’s obviously a murder in Netflix‘s hyper-sexual Elite, but when the police officer tells the handsome Ander – one of the troubled students and main character – “Tengo que hacerte unas preguntas?” it’s hard not to forget about the corpse and hope one of her questions is: top, bottom or verse? But, don’t judge us; the actual actor is over 18.

The House of Flowers

Netflix merges hetero and queer storylines into one giant dysfunctional family in the House of Flowers. This soapy, dark comedy follows the aftermath of what happens when the family’s secrets are put on blast by one of their own at a party (not unlike any gay visiting home for the holidays), but their blood bond conquers all. The show received enough acclaim by straight and gay viewers alike that two movies followed it.

Dafne and the Rest

More important than telling queer stories alone is ensuring the narrative allows characters to grow beyond inside and outside identity. HBO’s Dafne and the Rest not only places a trans woman as the protagonist (with her cis friends as supporting roles), but it gives trans audiences the ability to see themselves desire and be desired.