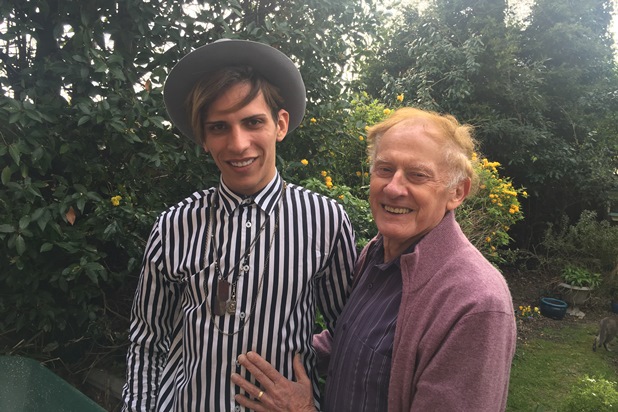 Former priest Philip Clements spent his life working for the Church of England. At 60, he retired from his job as a priest after deciding he could no longer hide who he truly was. Now, at 78-years-old, he just announced he’s marrying a man 54 years his junior.

“I knew what was happening inside me but threw myself into my work,” Clements tells Kent Live, reflecting on his time in the clergy. “I didn’t let it worry me, but I realized something was nagging at me.”

He continues, “I had some casual or brief relationships, but not a sexual physical relationship, as I knew the church’s stance.”

Eventually, he decided he wanted more from life. So he retired. Though he continued volunteering with the church part-time. That is, until 2015, when he was accused by a local bishop of being a pedophile, despite there being no complaints or evidence to substantiate the claims.

“It was very upsetting,” Clements says. “I’d never had any complaints nor would I ever want to do anything wrong to children. … I’m sure it was because of my sexuality. The church confuses the two issues.”

After that, he left for good.

“I don’t have the duty of the church left in me,” he says. “For the first time, I’ve made a personal decision in my life. Now it’s time to live how I want.”

And he couldn’t be happier.

Clements recently proposed to his boyfriend, 24-year-old Romanian model Florin Marin, who he met on a dating site and with whom he felt an immediate connection.

“There was nothing serious until I met Florin nearly two years ago,” he says. “I was looking for somebody to have a close relationship with as this is what I wanted.”

Marin says he’s not concerned about the 54 year age gap between him and his husband-to-be, telling Kent Live that he’s always been into older guys.

“From the young people I have dated in the past, I have learnt nothing,” he says.

Clements says he hopes the Church of England evolves on how it views homosexuality, as well as how it treats homosexual clergy.

“The church has moved on a little, but not enough,” he says. “It’s paradoxical position in that lay members are allowed to have homosexual relationships and partners, but priests are forbidden from the same thing, which seems idiotic to me.”

“I’ve served the church faithfully and put the church first throughout my life,” he concludes. “Now, it’s time to spend my few remaining years of my life in a way I chose.”