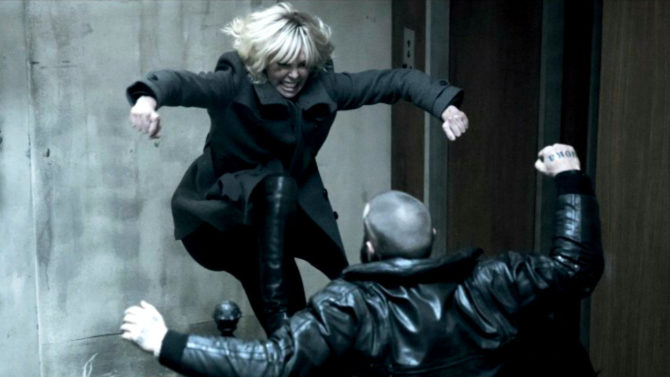 In the upcoming spy thriller Atomic Blonde, Lorraine Broughton (Charlize Theron) is a top-level MI6 agent with a serious bone to pick.

Actually make that several bones to pick, as she travels to Berlin to investigate who’s been murdering all of her colleagues. The trailer is essentially one long public service announcement that implies you don’t want to get in Lorraine’s way when she’s pissed. (And it’s awesome.) 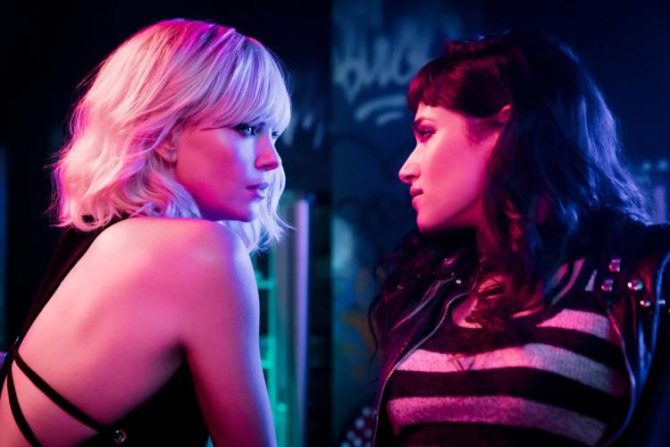 It’s a big moment for summer blockbusters to feature queer love front and center: Lorraine and Delphine are as powerful as they are sensual, in total control, and always ready for what comes next.

Apparently, the It Gets Better Project is just as ready: they’ve partnered with Atomic Blonde to create a meme generator to show off your own badass self and demonstrate that you can be soft and strong all at once.

The kicker? Universal Studios will donate $1 to It Gets Better each time someone uses the generator.

So the only question now is: What sort of Atomic are you?

Head here to access the meme generator and get that money flowing towards The It Gets Better Project!

We’ve taken the liberty of creating a few for our favorite Queerty crushes to get the creative juices flowing:

Head here to upload a picture of yourself and make your own Atomic GIF!

And check out the trailer for Atomic Blonde, in theaters everywhere July 28, below: