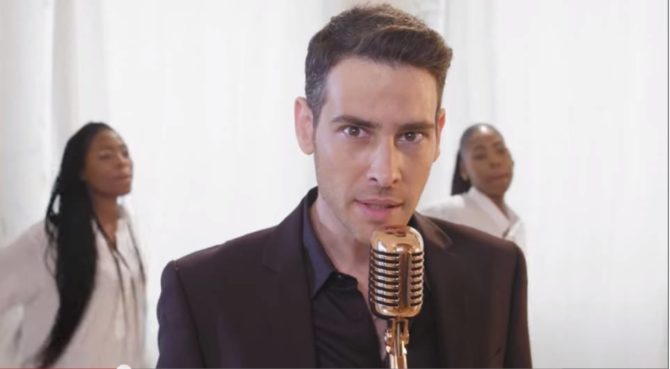 A beloved pop star and LGBTQ activist from Israel was laid to rest today after suffering a tragic watery death.

Amir Fryszer Guttman was a former member of the Israeli boy band High Five. The group released three albums and one EP between 1996 and 2000 before dismantling. Afterwards, Guttman went on to have a successful solo career, releasing more albums, writing songs for other artists, hosting TV shows, and directing musicals.

He also became one of Israel’s first celebrities to come out of the closet, eventually marrying his long-time partner, Yanay Fryszer, in one of the country’s first high-profile same sex weddings.

On Sunday, Guttman was vacationing on the beach in Atlit with his family when his 9-year-old niece began struggling in the water. Guttman dove in to help her. He grabbed the girl and lifted her in the air, letting himself bear the brunt of the waves.

When they were eventually pulled to shore by a group of surfers, the child was fine but Guttman had stopped breathing. He was rushed to a nearby hospital, where he was later pronounced dead due to organ failure. He was 41-years-old.

The singer was laid to rest today. He is survived by his husband and their young adoptive son.

Subscribe to Queerty for a daily dose of #life #death #r.i.p. stories and more