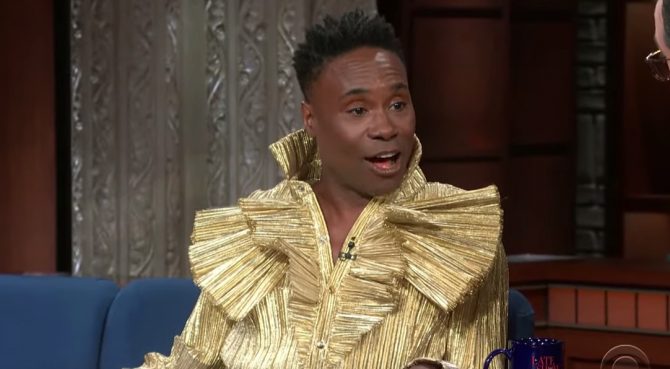 Porter, who plays the emcee Pray Tell on the acclaimed FX series, became the first-ever out-gay African American actor nominated for Best Actor in a Drama at the Emmy Nominations on July 16. He remarked that he was “finally able to breathe” following the announcement. Pose also nabbed a nomination in the Best Drama category.

Porter also trumpets his and the show’s success as part of the ongoing struggle for acceptance by the queer community. “It really opens up and creates a different kind of conversation in a different space,” he says of the show’s nominations. “It’s about representation. It’s about all people’s stories being told. It’s about the art. We creative people have the power to transform hearts and minds doing the work that we do and I am just thrilled to be able to do that. It feels like a calling. I’ve lived in that ministry, came up in the ’80s and lived through the plague — and I’m here for a reason. I’m here so I can be on this other side to tell this story about this world. We’re here. We’ve always been here and we’re not going anywhere — get used to it.”

“When we were growing up, there was no context because you could never see it” Porter adds. “I’ve always had huge dreams but I realized now that my dreams have been springboarded off of things I have already seen. They weren’t about dreaming the impossible. They weren’t about dreaming things that didn’t exist. Ryan Murphy, Steven Canals, Brad Falchuk, FX  — everybody involved in the show taught me how to dream the impossible. The sky is the limit now, honey!”

Amid the celebration of his nomination, Porter also noted that he has a birthday coming up: his 50th, which arrives one day before the awards ceremony. He also added that an Emmy would make for a great birthday gift. Personally, we can’t think of a better gift for such a talented man.