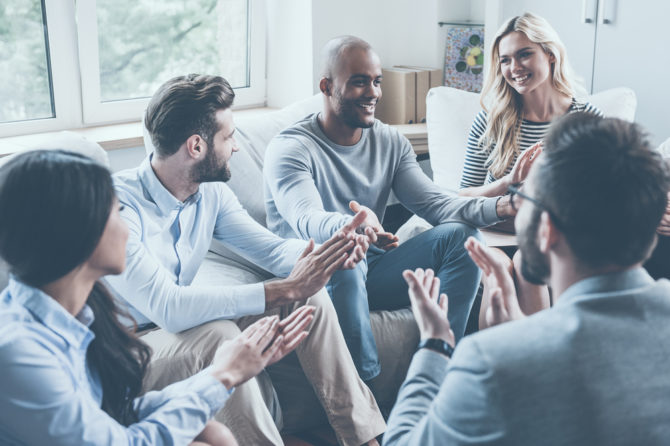 A recent Reddit thread asks: “Bisexuals who have dated both men and women, what are some differences you’ve noticed?” And the responses are quite interesting.

Let’s take a look and what people said…

When it comes to sex, most bisexuals agree that it’s easier getting laid with the menfolk:

To which someone else responds, “Bi female here. Agree 100%.”

Prompting someone else to chime in: “Straight male here. Agree 100%.”

The dating process is usually much slower with women. It seems like I’m usually “on the same page” with another guy much quicker. We can usually tell if this is going somewhere very quickly and we just cut to chase. There are WAY less games with gay guys. Sex happens much quicker. … Men are much easier though. If I go out to a gay bar with the intention of getting laid it basically will always happen.

When it comes to open lines of communication, however, women are apparently better communicators:

“The girls I’ve dated have actually been significantly quicker to tell me when somethings wrong,” someone says. “The guys I’ve dated bottled it in sometimes for a month before I even knew anything was up.”

I pretty much round up to being gay now, but I’ve dated several women in my time. Beyond the genital thing, which never mattered much to me anyway, I think the biggest difference I noticed was how much thought women put into interpersonal relationships. At its best, my ex-girlfriends would be able to clearly and articulately express their feelings in a way that I, emotionally stunted man that I am, cannot. At other times I would feel bewildered as they found hidden meanings in things I said or did that I never intended. In my experience, men are more inclined to take what you say and do at face value and not think too deeply about other people’s motivations or thoughts.

Then there’s the inevitable issue of threesomes:

There’s also the issue of having to convince their partners of their bisexuality, which is apparently a problem with both men and women.

“My ex-boyfriend acted that way and wanted me to ‘admit’ that I prefer men over women,” another person responds. “It used to piss me off a lot. Apparently the concept of bisexuality is difficult to grasp for some.”

I’d had a friend who was a lesbian for a long time who has told me she doesn’t believe in bisexuality. I understand people can believe what they want to believe but it always blew my mind that she can be a lesbian but not believe that someone else’s sexual orientation exists. Almost as bad as people who don’t believe homosexuality really exists IMO.

To all our bisexual readers out there, what are the biggest differences you’ve noticed between dating men and women? Share your experience in the comments…