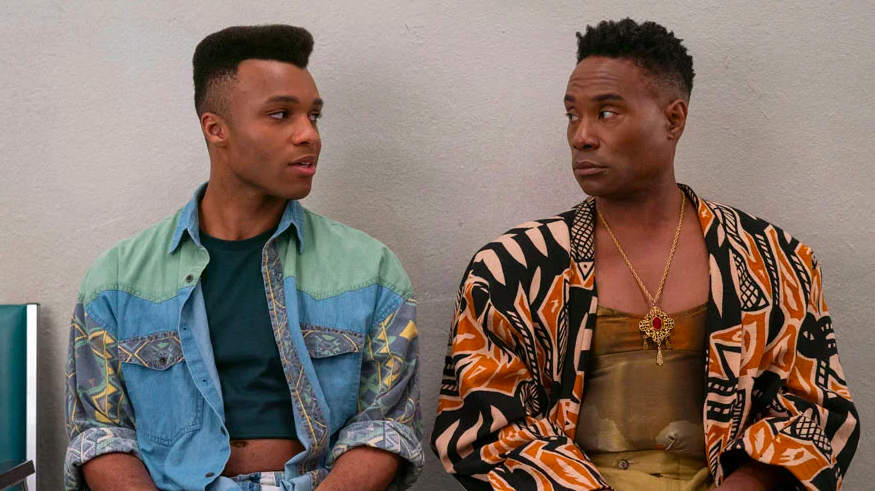 It’s been almost a year since I covered a little show about the New York City ballroom scene and how gay black boys can finally see themselves in love & lust on screen.

Since then, fans and critics have been giving Pose 10s across the board. Billy Porter, who plays the hell out of emcee Pray Tell, became the first-ever out-gay black actor nominated for a Best Actor Emmy. Plus, the show has already been renewed for a third season. This is great news for the representation queer black boys so desperately need.

If you’re watching this season, you know Ricky (Dyllon Burnside) and Damon (Ryan Jamaal Swain) are no longer dating, but Pose is still bringing us gay black love and in a way that’s never been seen before.

This week, Ricky and Pray Tell made television history showing us two black, queer, HIV positive men getting it on. Before the opening credits even rolled our screens were filled with their beautiful bodies thrusting and caressing and embracing, ending with a shot of Burnside’s backside. When we look back at television and entertainment in the 2010s this is scene is going to be seminal, in more than one way.

Major props to Pose for showing an older man desirable and sexy, and comfortable enough in his own skin to date a younger dude, who likes older ones.

“I have spent my entire career never having been an object of anyone’s affection in anything — until now,” Porter pointed out in a recent interview on the Television Critics Association press tour. “To be turning 50 on September 21, and having a very loving, connected sex scene is sort of blowing my mind.”

Once my mind was blown and my jaw lifted off the floor, I got a little misty. It was that powerful a moment for a gay black man like me, and thousands just like me, who have never witnessed such a show of affection on the screen until then.

And did you see them flip fuck and Ricky ask to bottom without any hesitation or shame? Here for it. In the episode prior to this one, Pray Tell scolded Ricky about bottom shaming. He’s clearly taking Pray’s lessons to heart. And by the way, how incredible was it to see Pray and Ricky all nuzzled up afterwards? In today’s world of in and out (pun intended), I was moved by the intimacy and vulnerability these two characters shared—especially as two black men.

As Porter also mentioned in interviews this week, gay men weren’t always sexualized in media, but when queer romantic storylines finally began showing up, the characters sure didn’t look like Ricky or Damon or Pray. 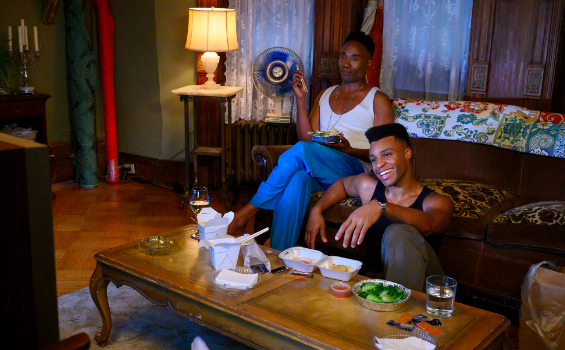 The first gay movie I ever watched, The Broken Hearts Club (to honor that wonderful film, I’ve named this column after it), starred Porter whose lover does him wrong and we never even see him on screen.

Related: Why the black gay love story on Pose is such a big deal

Somewhere, there’s a young black kid watching Damon, Ricky, and Pray Tell (or is finding screengrabs on celebrity nudity message boards) seeing himself not reduced to just his dick for the exploration and experimentation of non-black dudes, but as desirable, attractive, sexy and worthy of love—even if he is positive.

Maybe, just maybe, he won’t have to hop from bed to back room to alley trading sex for validation—unless, of course, that’s what his heart desires.