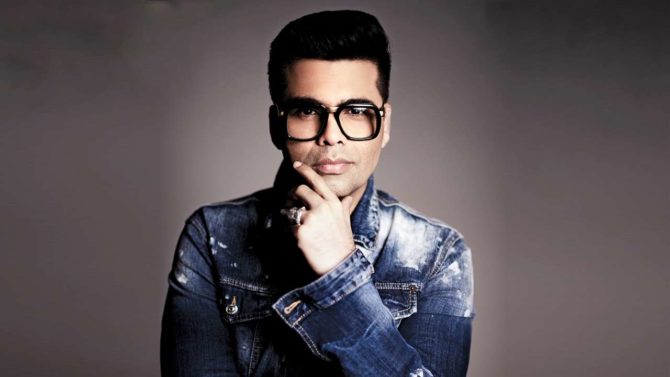 Meet Karan Johar. He’s one of India’s hottest filmmakers and  a popular Bollywood star. He’s also gay. And, oh yeah, he’s single, too. Good news all around! …Unless you’re Johar himself.

In a new interview with India Today, the single father of twins with 7 million Instagram followers says he’s given up on ever finding love.

“At 46, I can’t be in a relationship,” Johar says. “And I’m not being cynical, I’m being practical. I don’t think I can divide my time between a relationship, and my mom and two kids.”

He adds: “I’m in a relationship with myself. And when you are in one of those, you don’t have either the space or the time for anyone else.”

We’re sure for the right guy, he would find the time and make it work!

Johar has written, directed, and produced over two dozen Bollywood films, and has starred in an additional dozen or so. He’s also the host of the hit talk show Koffee With Karan.

And he’s picked up several awards along the way.

But it certainly hasn’t been an easy ride. In his 2017 book An Unsuitable Boy, he opened up about his sexuality.

“Everybody knows what my sexual orientation is,” he wrote. “I don’t need to scream it out. I won’t only because I live in a country where I could possibly be jailed for saying this.”

This was before India decriminalized homosexuality in September of this year.

In his book, Johar also wrote about the abuse he’s suffered because of his sexuality.

“I have become like the poster boy of homosexuality in this country,” he wrote. “Twitter has the most abuse.”

He added: “I wake up to at least 200 hate posts saying, ‘Get out, you’re polluting our nation, you’re dirtying society’. I get this on a daily basis and I’ve learned to laugh it off.”

Sounds to us like he might be a little down on his luck in the love department. We’re sure it’s only a matter of time before the right guy comes along and sweets this sullen filmmaker right off his feet!

Scroll down for more handsome pics from Johar’s Instagram page…

On busy shoot days, I allow me some indulgence.. My favourite @magnum #TakePleasureSeriously

Thank you @vogueindia for inviting me to host your prestigious #woty

Back to the bay but the pose will stay…..? photo credit @anaitashroffadajania