Readers voted on several ‘sexiest’ categories, with other winners including:

The magazine has been releasing the results of categories daily over the last week, culminating last night with an announcement on NBC’s The Voice that John Legend had scooped the top honor of ‘Sexiest Man Alive.’ The Grammy-award winning Legend is one of the coaches on the show. 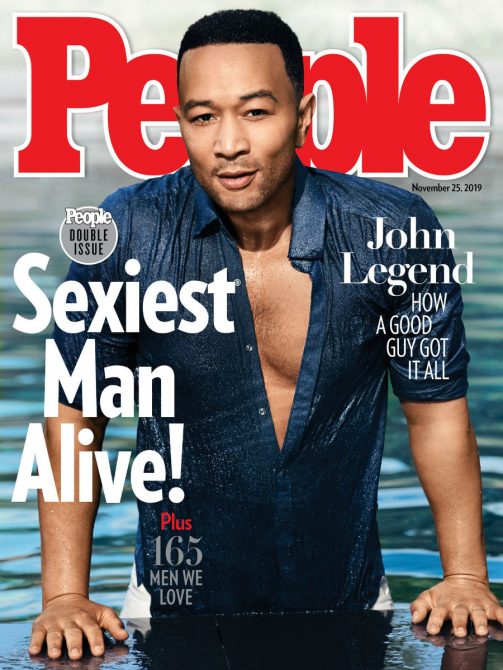 Legend, who graces the latest cover of the magazine, posted a message to Twitter to say he was ‘perplexed’ to come top. The tweet featured a photo of him from 1995 alongside a pic of last year’s winner, Elba.

1995 John would be very perplexed to be following 2018 @IdrisElba as #SexiestManAlive. Hell, 2019 John is about as equally perplexed but thank you @People for finding me sexy. I'll take it ? pic.twitter.com/Gw1la5Ebv4

“1995 John would be very perplexed to be following 2018 @IdrisElba as #SexiestManAlive. Hell, 2019 John is about as equally perplexed but thank you @People for finding me sexy. I’ll take it.”

Legend’s wife, Chrissy Teigen proudly tweeted: “My secret is out. I have fulfilled my dream of having boned @people’s sexiest man alive!! an honor!!”

Porowski posted a short message to his Instagram stories simply thanking readers for voting for him.