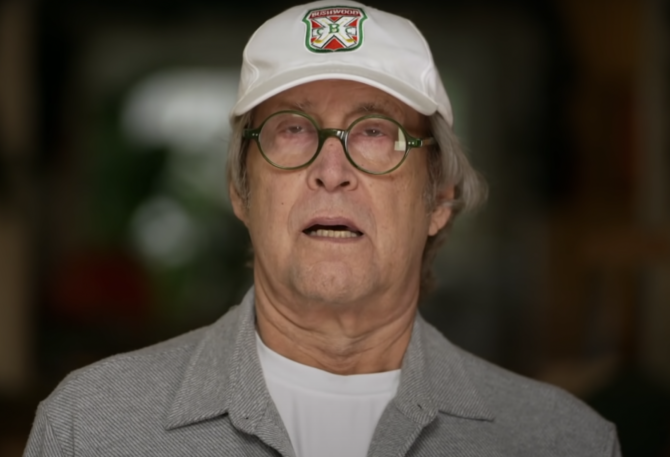 Speaking to CBS Sunday Morning, Chase addressed his decades-long reputation for harassing and abusing his co-stars. Reports of his bad behavior date as far back as the 1970s and have often been corroborated by multiple witnesses. When asked about his past actions amid in a modern context, the 78-year-old made no apologies.

Chase also showed no remorse when confronted by recent reports of racism and sexual harassment.

In the past, actor Donald Glover has spoken about racist remarks Chase made when they starred together on the NBC sitcom Community, including allegedly telling him, “People think you’re funnier because you’re Black.”

Then there are Chase’s colleagues from SNL.

And in 2020, Will Farrell recalled an appearance on the show by Chase in which his behavior was so bad, the cast suspected he might be on drugs.

“I don’t know if he was on something, but he was just kind of going around the room and systematically riffing,” Farrell said.

“First it was on the guys, playfully making fun, until, when he got to one of our female writers, he made some reference like, ‘Maybe you can give me a hand job later.’ In hindsight, I wish we’d all gotten up and walked out of the room.”

Other SNL alums have recalled Chase’s bad behavior, as well. Jane Curtin, Laraine Newman, and Gilda Radner have all gone on record to say they witnessed Chase get into a fistfight with then SNL star Bill Murray one time.

In 2017, Sweeney said that, while guest-hosting in 1985, Chase harassed him about his sexuality, telling him to “lick my balls” in front of fellow cast member Jon Lovitz. Chase also suggested Sweeney play a gay man dying from AIDS who gets weighed every week on the show. Sweeney later called Chase “a monster.”

Chase’s bad behavior also extends beyond showbiz. In 2018, a minor traffic altercation resulted in him trying to physically attack another driver while screaming, “I am going to ruin your lives!”

Watch the interview below. Or don’t. Then join us in telling Chevy Chase, “Girl, Bye!”