Bio: Bolu is a social media star, fitness model, and graduate of NEOMA Business School in Paris, France. His father is Nigerian politician Doyin Okupe, who worked as a special assistant to former Nigerian President Goodluck Jonathan, signer of a 2014 ban of same-sex relationships in the country.

Coming out: In January, Bolu posted an Instagram photo of himself wearing rainbow shorts and holding up a Pride flag. “Yes, I’m gay AF,” he wrote in the caption.

The following day, Doyin weighed in on his son’s coming-out. “I have been aware of this his new orientation for a while now,” he tweeted. “He knows that as a Christian and a witness for Christ (an evangelist), I am vehemently opposed to homosexuality, as it runs contrary to the avowed precepts of my Christian faith.”

Bolu reflected on his coming-out in an Attitude interview two months later, saying that his sexuality “has never been a secret” and that some of his family members had already known.

“It’s just I think that was the first time I publicly declared it like that, [with] obviously the Pride flag and the rainbow shorts,” he told the magazine.“I knew it, maybe, could create some buzz, but I never thought it would go as far as it did — I had some people sending me articles in Chinese!”

Meanwhile, he’s working on changing hearts and minds. “Education is always the key to changing people’s minds on things — education and communication, explaining and detailing your experiences to them,” he told Attitude. 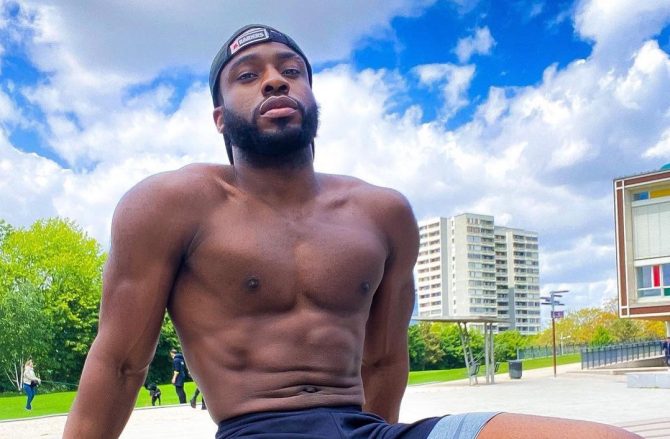 He also thinks it’s possible his father will come to embrace Bolu’s sexuality. “There are many people in my life who have been very homophobic. … When I came out to some of these people, it really changed how they felt about the whole thing because now there’s somebody in their life who is close to them who’s gay,” he explained. “If I’m able to convince those people to stop being homophobic, I honestly think anybody is able to be convinced and brought over to the rainbow side.”