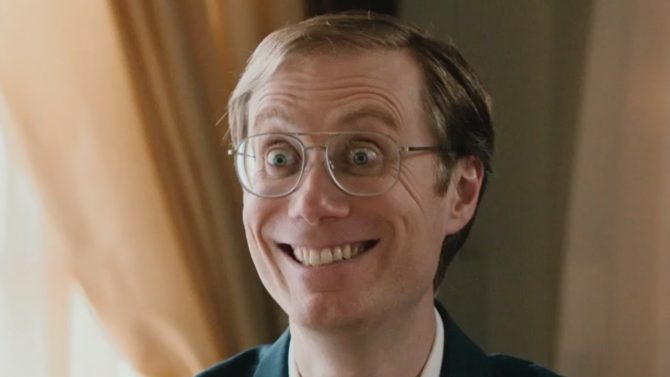 Actor Stephen Merchant, known for his roles in the UK version of The Office, as well as his turn as the mutant Caliban in Logan, will play Grindr serial killer Stephen Port in an upcoming biopic.

Tentatively titled The Barking Murders, the BBC film will recount the criminal career of Port, who claimed the lives of at least four men he met on gay social networks. Dubbed “The Grindr Killer” in the press, Port drugged, raped and killed his victims in 2014-2015.

“This is a story that can’t be ignored—how four young lives were lost and their families’ brave attempt to uncover what happened,” Merchant said in a statement regarding his casting. “This factual drama will shed light on their story, so it’s a privilege to be a part of telling it with the brilliant combination of Jeff Pope, Neil McKay and the BBC.”

Merchant also expressed his empathy and respect for the families of the victims, singling out Sarah Sak, the mother of victim Anthony Walgate. “Along with the other families, Sarah went through so much heartache and it would have been easy for her to just accept what she was being told by the police, but something inside made her keep fighting for her son,” he said.

Stephen Port is currently serving a life sentence in a UK prison for his crimes. British courts convicted him of the murders of Walgate, a fashion student and escort, Gabriel Kovari, a Slovak immigrant, Jack Taylor, a forklift driver and Daniel Whitworth, a chef. Courts further convicted Pope of drugging and raping seven other men.

The Barking Murders will go before the cameras this spring.