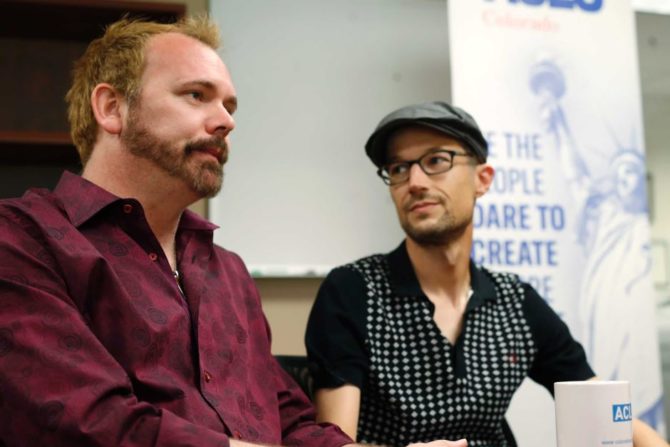 Who They Are: Advocates for marriage equality (scroll down for exclusive interview)

Why They Matter: In 2012, to prepare for their wedding, the Lakewood, Colorado residents stopped in the Masterpiece Cakeshop to order a wedding cake for their reception. The two planned to marry in Massachusetts before celebrating in Colorado (this was before the nationwide legalization of marriage equality). The owner of the cakeshop, Jack Phillips, refused to serve the couple, citing his religious beliefs as a “Christian” who thinks that gives him the God-given right to treat other people shabbily rather than following the golden rule of every moral tradition to “love thy neighbor as thyself.”

“We told him it was for us, and he immediately said he would not make a cake for a same-sex wedding,” Mullins has said. “We were just mortified and embarrassed.” 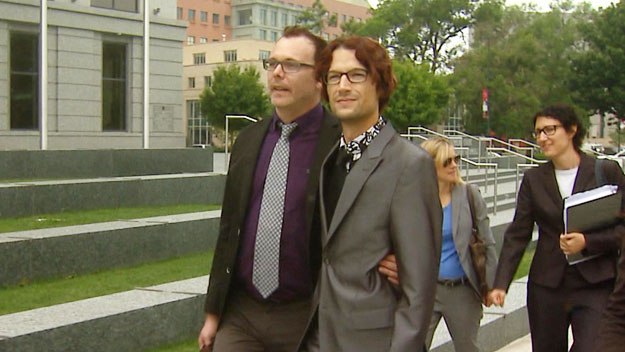 Why We’re Proud: Infuriated by Phillips’ random act of cruelty, Mullins and Craig filed a complaint with the Colorado Civil Rights Commission, which in turn sued Jack Phillips for discrimination. Though Colorado courts found in favor of Mullins and Craig, the US Supreme Court eventually overturned that ruling on technical grounds. In a 7 to 2 ruling, the court said that the argument put forward by the Civil Rights Commission demonstrated “religious hostility on the part of the State itself.” Because the court interpreted the Civil Rights Commission action as biased, it overturned the lower court ruling, sending it back for reconsideration.

In an interview with Queerty, the courageous couple spoke about their six-year ordeal.

How did you celebrate Pride this season?

C&D: This year, we had the distinct honor of being Grand Marshals of Denver Pride, which was really exciting. There haven’t been many moments in all of this where we just got to sit back and celebrate, so this is a really great moment.

What are some moments from this past year that have made you proudest of your community?

C&D: Seeing the community come together to defend one another against a hostile government that seems intent on turning back the progress that we have made in the last decade and making more noise than ever before in our adulthood. Also, the activism of the younger generation, the kids in college, is truly inspiring. It seems like they really believe that they can change this world and make it right without compromising or leaving anyone behind. That’s pretty badass.

When did you first experience pride?

D: I’d just graduated high school and was working downtown on the 16th Street Mall in Denver.  I’d known I was gay since I was 11 or 12, but I had made a conscious decision not to come out until I left for college.  People had been calling me a faggot for a while, and now that I knew what that meant (and that I totally was one), coming out just didn’t feel like the right thing to do there. But, after I graduated, I’d started coming out to a few close friends. And, while I was working downtown, I briefly dated a self-described “gutter-punk” with a giant pink mohawk who stopped me on the street and told me I was cute. He was a big Madonna-obsessed softy, but he looked like he could break you in half with one hand tied behind his back.

In any case, on one of our dates, he took my hand and we walked down the 16th street mall together. It was the first public display of affection I’d ever shown with another man, and I just felt so happy and safe walking down the street past all these people, like it was the most normal thing in the world.  To top it all off, we walked right past a bunch of my old classmates, some of whom had harassed me in school. I looked at them all dead in the eye and not a single one of them said anything (in retrospect, probably because they were afraid my boyfriend would murder them if they did). At that moment, I realized being gay made me strong and special, as long as I owned it. That was the first moment in my life where I presented myself as unabashedly gay in a public place. And it felt great. There was no heading back into the closet after that. Things didn’t work out between me and the guy, but I will always remember him fondly for giving me that moment. Thanks, Shadow!

C: I grew up in Wyoming, which doesn’t have a gay bar, let alone a pride event. I will never forget that feeling of freeness that I experienced at my first pride in Denver. I had never really let my pride flag fly, and it was liberating to just be myself in totality for the first time. I danced until my legs became numb.

What aspects of your work display your queer pride?

C&D: Well, our major contribution over the last six years has been continuing to pursue this case, all the way up to the Supreme Court. That level of exposure hasn’t been easy, and we certainly didn’t seek it out, but we had a choice to make, whether we were going to just slink away with our tails between our legs, or whether we were going to stand up for ourselves and our community. And we’re proud and humbled to be taking this on and striving to be the best representatives for the LGBTQ community we can be. This fight isn’t just for the two of us, it’s for all of us.

Who are some LBGTQ icons you look up to and why?

D: There are many, but to choose just one who is most relevant to our situation: Gavin Grimm inspires us on a daily basis.  The hell that people put that kid through is unconscionable, but he has withstood it all with grace and dignity. Anytime Charlie and I feel overwhelmed and think the next steps forward are too scary to take, we just look at each other and say, “Gavin Grimm did it.”  And then we take the next step. Gavin, thank you for everything you have done for us all.

C: I look up to any LGBTQ civil rights lawyers and activists who devote themselves to the movement. It really does take a village. As far as pop culture goes, I have a special place in my heart for Kesha. Her last album, Rainbows, really helped me make it through most of last year and the chaos surrounding going to the Supreme Court.

What does Pride mean for you?

D: For me, Pride is all about community, visibility, and self-love. Pride is our opportunity to stand up together, make ourselves seen and heard, show that we all love who we are and that we are worth celebrating. I also see it as an opportunity to demonstrate our diversity as a community, and, for those of us who are just starting to discover and explore their sexuality or gender identity, it’s a place where they can see that they are not alone. Also, it’s a great opportunity to remind everybody that we throw the best parties.

C: It means embracing your inner fabulousness specifically for yourself. It’s the one time a year when I feel entirely free to be myself.

What changes do you see happening within the LGBTQ community and how does Pride month help accomplish those changes?

D: The three changes I see happening that most inspire me are the aggressive dismantling of the gender binary, the embrace of intersectionality, and the push to make sure that marginalized voices, the voices of transgender individuals, of non-white people, of women, are not silenced or filtered through the experiences of their cisgender, white male counterparts.  I think Pride is an opportunity to, as a community, make these changes a reality and see how far we’ve come, and how much further we have to go.

C: For a long time the concept of fitting in was really important and for good reason. Now, that we are becoming more accepted by the public in general, I see more people embracing their individuality, and showing that our differences are what make our culture unique. Pride month gives the necessary visibility to our shared humanity. 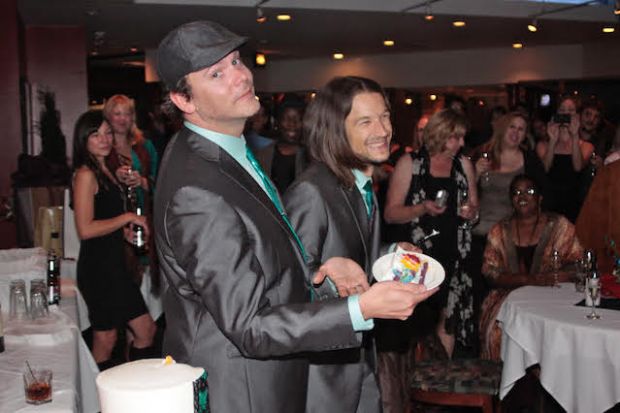