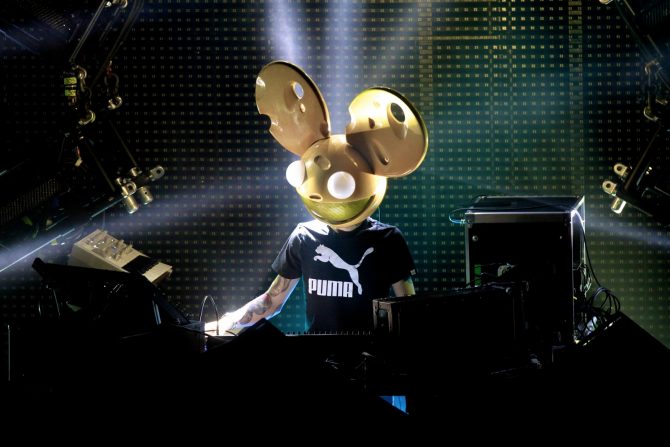 The EDM artist, real name Joel Zimmerman, had an online meltdown after his character died in the online game PlayerUnknown’s Battleground. In the initial post, he referred to his opponent as “f*cking c*ck-sucking stream sniper f*g.” Twitch then banned DeadMaus5 for violating its anti-hate speech policies, prompting the DJ to then take his frustration to Reddit in an even longer, profane & homophobic tirade.

Twitch has banned @deadmau5 for 'hate speech' for using a homophobic slur against a stream sniper in PUBG.

In a response on Reddit, deadmau5 says he will likely no longer partner with or stream on Twitch due to the platform's double standards on censorship and suspensions. pic.twitter.com/fRI9ogF64j

In his rant, Deadmau5 stated he was “not going to stand for Twitch’s double standard when it comes to censoring and suspending tat for harmless sh*t.”

He also said that his remarks did not amount to hate speech, noting his statement “was intended to insult a f*ckin asshat who was being a f*cking asshat… it wasn’t ‘directed at an entire group of people who have a sexual orientation that differs from my own’ f*ck off with that sh*t. I know who I am, and I don’t have to f**king s*it here and cry and defend my f**king self with the obligatory “I’M NOT THAT PERSON, I AM SORRY” reflex.”

Deadmau5’s Reddit remarks have since been deleted, though not before music journalists could begin publishing screen grabs.

This isn’t the first time Deadmau5 has come under fire for homophobia. Last year, the DJ drew criticism for homophobic and transaphobic remarks made on Twitter while defending his trademark oversize mouse helmet.