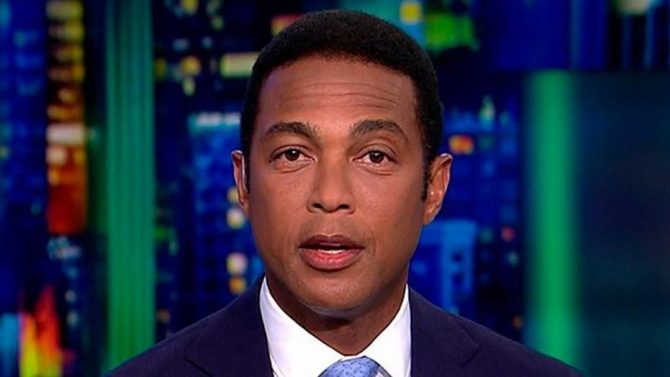 Don Lemon is over Hollywood’s radio silence during the string of demonstrations happening across the nation in response to the death of George Floyd, who was murdered by local law enforcement in Minneapolis one week ago.

On Saturday, while covering the situations in New York City and Los Angeles, the CNN anchor questioned why so few celebrities, many of whom live in the cities where these protests are happening, haven’t spoke out publicly.

“What about Hollywood?” Lemon asked, noting that Tinseltown has been “strangely quiet” in the days since fired police officer Derek Chauvin murdered Floyd on camera.

He continued, “I see them on Twitter saying, ‘oh, I’m loving what Don’s doing’ … but they got to do more than that. Especially Black celebrities and Black leaders — and white celebrities.”

Lemon then told his celebrity friends to stop texting him personally and get out there and use their platforms to do something helpful.

“You’re sitting there and you’re watching TV and you’re bitching about it and you’re saying, ‘oh my god, I can’t believe this is happening. What’s going on?’” he said.

“Stop texting me and asking me, ‘oh my god, Don, what is happening to our country?’ Get on television and do something and help these young people instead of sitting in your mansions and doing nothing and have some moral courage and stop worrying about your reputation and your brand.”

Then he took it a step further and began naming names.

Entertainment Weekly notes that Tessa Thompson, Ariana Grande, Timothee Chalamet, and other Hollywood celebrities also attended protests this week. And Insecure star Kendrick Sampson was shot with rubber bullets fired by police during a protest in Los Angeles on Saturday.

Lemon then called on his A-list celebrity friends to increase their “visibility in helping to speak out for these young kids. And you may be doing something that I don’t know about, and if you are then I apologize.”

Related: Man whose apartment was set ablaze during Minneapolis riots speaks out: “I watched in horror”