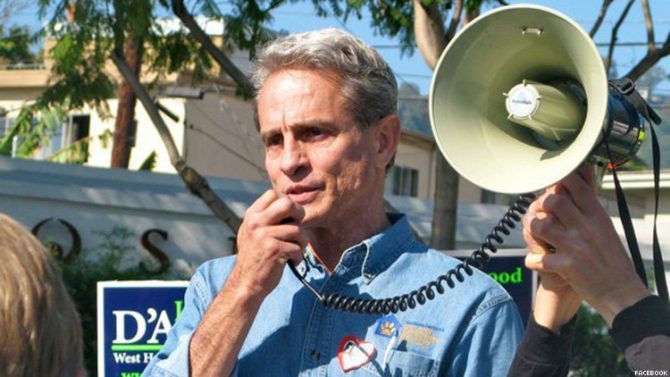 Wealthy former businessman and Democrat party donor Ed Buck was indicted by federal prosecutors yesterday. They accuse him of providing the meth that led to the second overdose death to take place at his West Hollywood home.

The same prosecutors indicted him last month concerning the first overdose death, that of Gemmel Moore, 26, in 2017.

Yesterday Buck, 65, faced indictment relating to the death of Timothy Dean, 55, in January of this year.

If found guilty, he potentially faces life in jail without parole.

Buck’s been under scrutiny since Moore died at his house in summer 2017. Although no charges were brought at the time, friends and family of Moore pushed for authorities to investigate further. Moore had left a diary in which he blamed Buck for introducing him to crystal meth.

Other young men came forward to say that Buck had a fetish for drugging men or persuading them to take drugs. Some said he had injected them while they were asleep.

When a second man, Dean, died of an overdose at Buck’s home in January 2019, the scrutiny intensified. However, Los Angeles County prosecutors declined to prosecute, citing insufficient evidence.

Then, last month, a third man overdosed at Buck’s home but managed to escape and seek medical help. He says Buck had tried to dissuade him from getting assistance.

This was enough for state prosecutors to arrest Buck and charge him with battery causing serious injury, administering methamphetamine and maintaining a drug house.

However, that arrest was followed by federal prosecutors bringing their case against Buck. This includes yesterday’s indictment, directly associating him with the previous two overdose deaths. He also faces federal charges of distributing meth.

It said Buck met most of his victims via Adam4Adam or had a “recruiter” to find them. It offered no further details on the identity of the recruiter.

Prosecutors say they have identified 11 victims in the last two years: men believed to have been given drugs in exchange for sexual favors.

In yesterday’s indictment, the Grand Jury wrote Buck targeted “vulnerable individuals who were destitute, homeless and/or struggled with drug addiction, in order to exploit the relative wealth and power imbalance between them.”

The charges were welcome by friends and families of the two men.

“This ordeal has been painful for so many,” Walter Harris, a longtime friend of Dean, told Los Angeles Times.

“Although I’m happy justice has found its way through all the red tape, delays and uneven landscape of the law, it’s with a heavy heart because our friend and brother and two mothers’ sons are not here with us. So it’s hard to be really happy.”

Buck’s attorney, Seymour Amster, has yet to issue any comment in response to his client’s indictment.