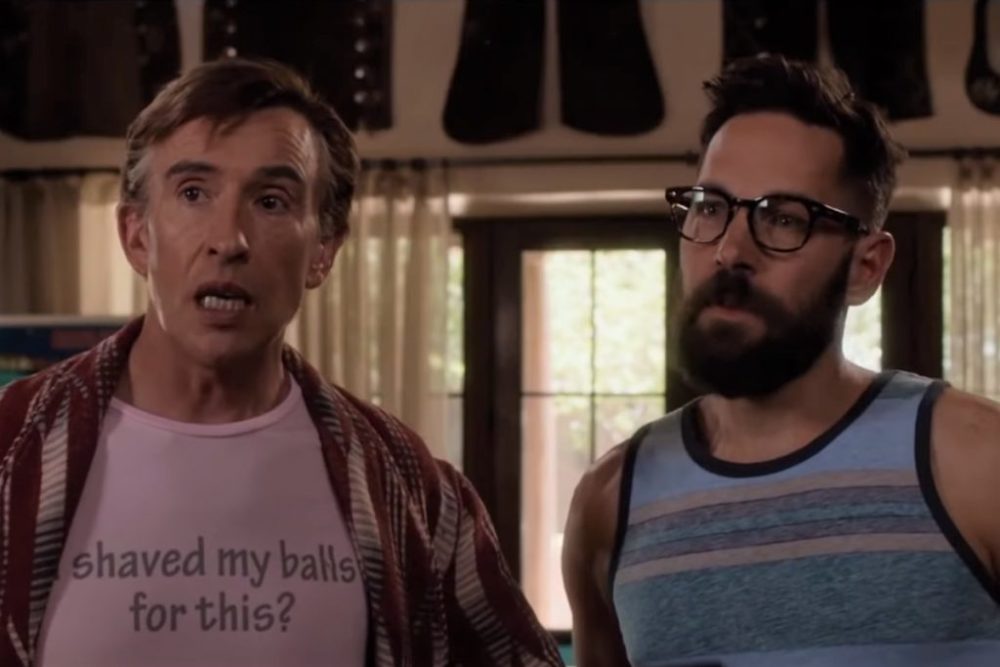 The entire internet is swooning right now over Paul Rudd’s burly beard in the just-released trailer for his upcoming gay romcom Ideal Home.

In the film, Paul plays a director named Paul, who’s married to a TV chef named Erasmus, played by Steve Coogan. Their lives are turned totally upside down when a 10-year-old boy shows up at a dinner party claiming to be Erasmus’s long lost grandchild from an estranged son Paul never knew about.

With Erasmus’s son locked away in prison, he and Paul must now look after the boy. Hilarity, chaos, and heartwarming family moments ensue.

The film looks fun. But it’s Paul Rudd’s big old beard that has everyone fainting:

It’s been hours since I’ve seen this look on Paul Rudd and I can’t seem to think about anything else pic.twitter.com/I8NqVnS0pJ

Can we talk about this pic of Paul Rudd for a sec? ‘Cause, wow. Woof. Also, this is the beard I want.https://t.co/MAaIpFlNaP pic.twitter.com/33xkzRQt9I

Just when I thought I couldn't be more attracted to Paul Rudd, he shows up with that beautiful beard and fade cut #IdealHome #20YearCrush

But Paul Rudd with a beard!!?? I’m here for it. pic.twitter.com/PH8JXx4JHR

Paul Rudd with a beard is my new religion ? pic.twitter.com/64N4fFdD4h