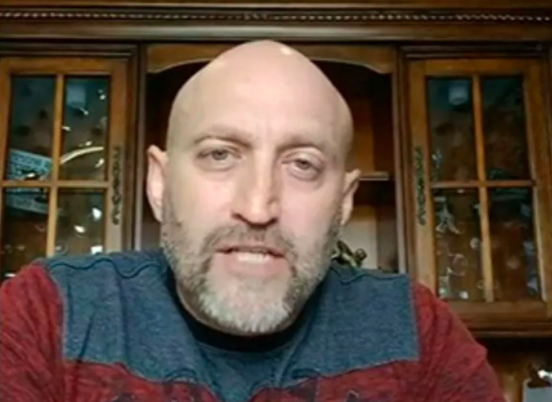 An ex-cop from Florida posted a truly insane video to YouTube this week railing against gay people, who he says are destroying the Republican party by causing real “patriots” to become frustrated, which ultimately inspired the siege on the U.S. Capitol last January, and blah, blah, blah, blah, blah.

Kevin Tuck used to be an officer with the Windermere Police Department. That is until he was arrested last month for allegedly participating in the deadly insurrection on January 6.

In a video posted to YouTube this week, Tuck, a self-proclaimed “patriot pastor”, called on his fellow Republicans to “rise up” against the “alternative lifestyles” tearing their party apart.

“You look at January 6. That was a day that patriots were fed up. Fed up!” he ranted in the 25-minute video. “Patriots are being arrested left and right for trespassing. You’ve got to be kidding me!”

“The Republican Party is weak,” he continued. “We need to rise up and be conservative again. Do you remember what conservative means, Republicans? Hear me out: We are embracing the homosexual lifestyle as if this is normal.”

We thought the insurrection was about trying to stop Congress from certifying the 2020 election results. But apparently, according to Tuck, it was really about Republicans pushing back against other Republicans for “embracing the homosexual lifestyle.” Or something.

“We need to go back to becoming a conservative nation again,” he ranted. “Back to nationalism. Being proud of this country.”

When asked for comment by his local media station, Tuck said he couldn’t speak on record without first checking with his attorney. Shortly after that, his crazy video vanished from YouTube.

Tuck’s son, Nathaniel, has also been charged with crimes connected to the January 6 insurrection. He, too, worked in law enforcement prior to being arrested last month.

HOLY SHIT! Not only are Kevin & Nathaniel Tuck both cops – at least one is a proud boy https://t.co/JzER9VELf1 pic.twitter.com/4xWmEI5SqS

Kevin Tuck pleaded not guilty to all the charges against him at his arraignment last month. His next court appearance is scheduled for October 1.