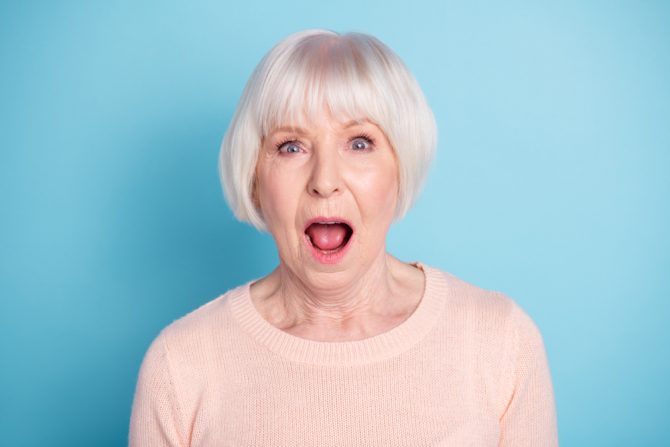 A Redditor has seen one of his postings about coming out go viral.

User Goldenprince111, who wishes to remain anonymous, decided that rather than make a big announcement about his sexuality, he would simply place a photo on Instagram of him and his boyfriend.

The 21-year-old was shocked to receive a message from his grandma after she saw the Instagram posting. 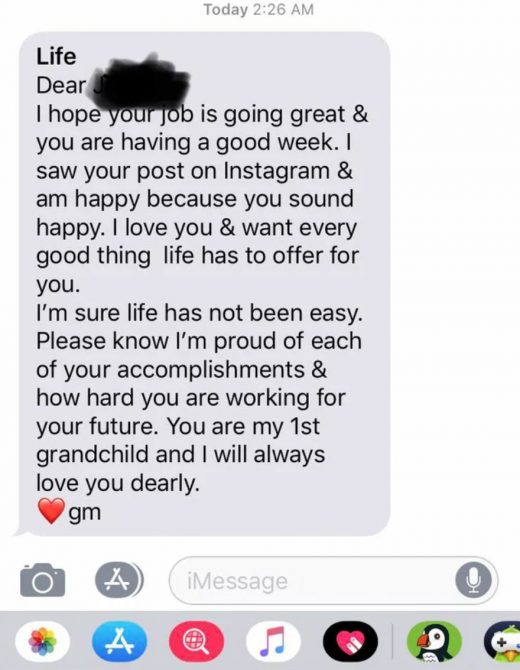 It read: “I hope your job is going great and you are having a good week. I saw your post on Instagram and am happy because you sound happy. I love you and want every good thing life has to offer for you.

“I’m sure life has not been easy. Please know I’m proud of each of your accomplishments and how hard you are working for your future. You are my 1st grandchild and I will always love you dearly. ❤️ gm”

Related: Valedictorian comes out as gay during a graduation speech at Mormon university

He posted the message to Reddit and it’s been liked over 4.6k times.

He explained to Queerty a little more about his story and what happened next.

“I was very worried about coming out to my extended family because I grew up Mormon. I’ve since left that church. My whole extended family on both sides is Mormon, and that church basically teaches that homosexuality is a sin and gay marriage is wrong.”

He says he knew his family held the same beliefs as the church, and his grandma had expressed her disapproval of same-sex marriage at family dinners.

“But I decided just to let everyone know I had a boyfriend because I kind of felt stifled and I just went for it, posting it on Instagram.”

Asked if he responded to his grandma’s message, he says he did.

“I told her I hope nothing changes and that I was very thankful for her love and support. She responded and said ‘Of course nothing will change.’ Then I was very surprised because she actually started asking me about my boyfriend and how we met.

“I was kind of taken aback because usually when people disagree with same-sex relationships they don’t want to ask about details or bother to engage in it or validate it, but her asking that just really showed she really did love me and did care about my life.”

He’s pleased to report that grandma wasn’t the only one to reach out.

“Other family members were also very supportive. A cousin and an aunt posted very supportive comments on Instagram saying it must have taken a lot of courage and they wanted me to be happy. Then another aunt texted me saying she loved me and that I deserved to be happy too!

“I wasn’t necessarily expecting all that, so it was really nice to hear that.”

He says he was surprised the posting proved so popular.

“I wasn’t expecting it to get so many upvotes. I’m not surprised that people were happy about the post though. I think a lot of LGBTQ people know how difficult it is to come out sometimes because sometimes it feels like a coin flip to how people are going to react, especially when family is from a religious, conservative background.

“Fortunately, everyone in my life reacted well for me, but sometimes other people have to deal with families shunning them. I think people liked the post because they could relate to it.”