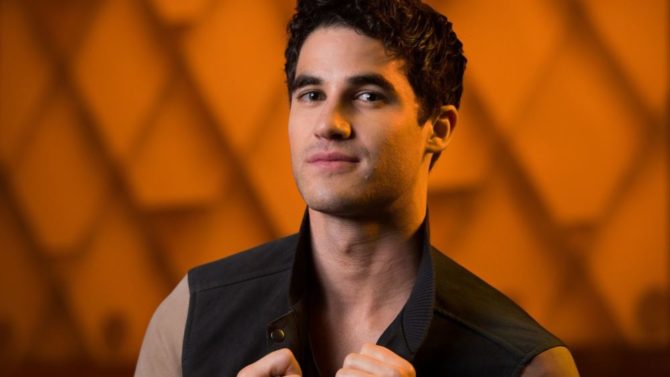 This just in: Darren Criss has officially overcome his fear of being naked on camera.

The actor sat down with Ellen to talk about stripping down to his birthday suit for to play Andrew Cunanan in American Crime Story: The Assassination Of Gianni Versace.

During their chat, DeGeneres noted that 31-year-old Criss bared his backside not one, not twice, but several different times on the show.

“You’re naked!” the talk show host said as a giant photo of the star’s derrière flashes on the screen.

Related: Treat yourself to an unobstructed view of Darren Criss skinny-dipping

To which Criss responded, “Those are my buns. I cooked those myself.”

He went on to explain that he filmed the butt shots right after he appeared in Headwig and the Angry Inch, which he says required him to be in “pretty good physical shape.”

Now that the Glee alum has a few nude scenes under his belt, he says he’d be down with getting naked on screen again.

Asked if he has any issue filming nude scenes, he replied: “Well, now I don’t!”

Related: Treat yourself to an unobstructed view of Darren Criss’ derrière

Subscribe to Queerty for a daily dose of #life #americancrimestory:theassassinationofgianniversace #darrencriss stories and more