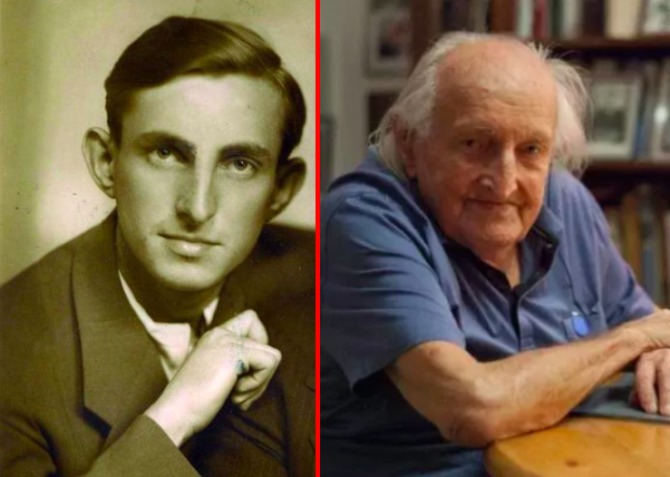 One of Germany’s oldest and bravest champions against homophobia and anti-Semitism died this week at the age of 99.

Wolfgang Lauinger was imprisoned for being gay first by the Nazis and later by police in post-war Germany. He passed away this week without ever being compensated by the government for the wrongs committed against him.

Lauinger was one of the leading campaigners against Paragraph 175, under which sexual activity between men was a criminal offense, and which was part of the German Criminal Code from 1871 until its eventual abolition in 1994.

The Nazis tightened the law in 1935, increasing its maximum jail sentence to five years and prosecuting it more rigorously — around 50,000 men were convicted under Paragraph 175 between 1933 and 1945, about 5,000 of whom are thought to have been sent to concentration camps.

Lauinger, whose father was Jewish, spent eight months in prison from 1941 to 1942 for belonging to the “Swingkids” — a German youth movement that loved American swing music and saw itself as an alternative community to the Hitler Youth. He survived the war by going into hiding after his release.

He was again arrested in 1950 when German police began raiding gay bars during a period known as the “Frankfurt Homosexual Trials.” He was held in prison for six months before going to trial in February 1951, where he was acquitted.

He spent the rest of his life an an LGBTQ rights activist campaigning to have Paragraph 175 stripped from the Criminal Code. It was eventually struck from the books in 1994, but it wasn’t until June this year, over 20 years later, that the government began compensating those who had been unfairly penalized under the antigay law.

Lauinger applied for compensation but was turned down in October after officials determined he wasn’t eligible having been acquitted in 1950.

“They made the law into a farce,” he told Buzzfeed earlier this month. “What is the difference to a normal person who has been in prison for five months, whether they were released or acquitted?”