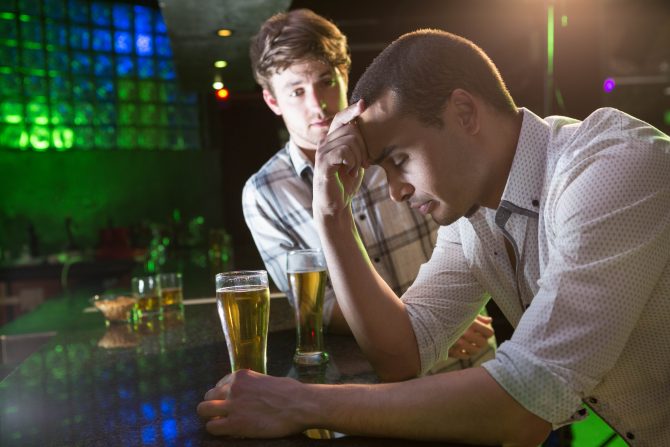 If you’re looking for “meet cutes,” best keep it moving. Gay guys have been recounting their worst-ever dates online, and their stories are enough to convince anyone into a life of confirmed bachelordom. Here are these tales of dates gone horribly awry, edited for readability.

“Went to a ‘fifth and a friend’ party with a guy I had gone on a couple dates with. We drank way too much, stumbled back to his apartment, and spent about an hour zip-tied to one another, throwing up over the same toilet. The night peaked when he slipped and pressed his bidet and sprayed me in the face. Dated for a few more months after that. Nice guy.”

“Went out with a guy, and all he did was talk about himself. I wish it was positive. He just kept bitching about life. It was very depressing.”

“Went out with an architect who spent the whole time shitting on Antoni Gaudí for ‘starting a building he wouldn’t live to finish.’ (Gaudí died in a tram accident…) Basically everything [they] said was about how art/culture are supposed to be moneymakers; their whole worldview was incredibly transactional. It was an hour of nonstop complaining about people being ‘naïve’ enough to believe in higher ideals. Then they made a fuss about splitting the check. Oy.”

“Went on a date with a guy right after college. Super casual, didn’t find him to be dating material but wanted to hang with him. Someone called him during and he answered the phone and spoke in French with him for 25 minutes. I’m glad we decided to start the date at a park.”

“Had a date to go to the movies, I picked him up at his place because he didn’t have transportation. He wore ratty old jean shorts, an old T-shirt, and a bandanna on his head. He smelled so bad, I had to put my convertible top down as soon as we got to the first traffic light to get away from the smell. Lucky it was a nice day. We did not share a popcorn.”

“We f*cked, fell asleep, [and I] woke up because I couldn’t breathe due to cats. Went to the hospital during the night, got an inhaler, went back to his place only to sleep on the kitchen floor because it was the only clean place in his house. (Edit: Referring to feline creature allergy, not Cats, the musical.)”b