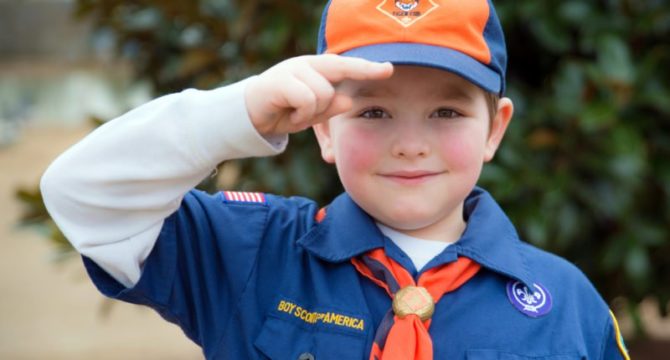 A hardware store in Virginia is facing criticism after an employee there allegedly shouted homophobic remarks at a Boy Scout and his father.

According to an eye witness, a worker at Nichols Hardware in Purcellville, Virginia yelled at the Boy Scout in front of other customers, telling the child to “get out” and that the store doesn’t “support homos.”

Carly Hamilton was shopping at the store when it happened.

“I thought it was a joke,” she tells WUSA9. “All of a sudden, the guy behind the counter interrupts the kid, loudly, and says, ‘you need to get out of here. We don’t support organizations like you, or yours.’”

“The guy goes, ‘I’m not kidding, you need to turn around and get out of here. We do not support your organization. Your organization is not the Boy Scouts anymore.'”

When the boy’s father spoke up, Hamilton says the employee only became more irate: “‘Get out,’ he said. ‘Get out.’ I was shocked and appalled….He turned to me aggressively and said, ‘We don’t support homos…They allow homos in the Boy Scouts now.'”

According to the Washington Post, Nichols Hardware has been in business for over 100 years.

When asked for comment, the store’s manager, who would only identify himself as Glenn, called the allegation “hearsay” and  said he would “talk to” the employee.

Meanwhile, Yelp has the store’s page on alert after it received an barrage of one-star reviews, including one from a user purporting to be the boy’s father.

“Thrown out!!!” writes the reviewer. “Can’t believe it. I have shopped here since 1985. Went in with my son to get help with his Eagle Scout project. .?.?. The employee started a rant about the scouts being destroyed, allowing girls and homosexuals to join scouting.”