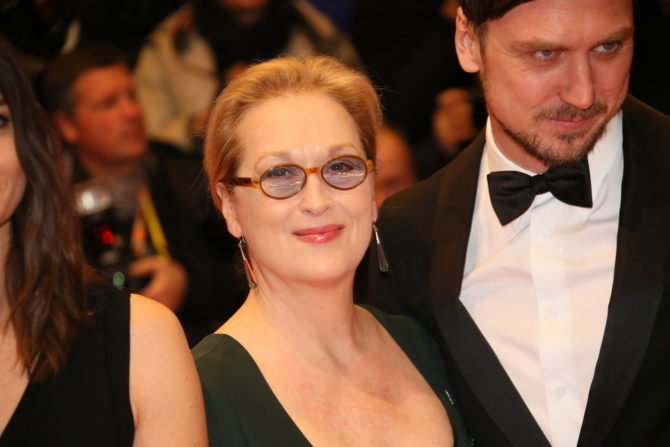 No sooner had we moved on from Big Little Lies star Alexander Skarsgard bringing his BFF Jack McBrayer to the SAG Awards as his date were we confronted with this colossal casting news pertaining to the same show: HBO has signed Meryl Streep for season two.

Someone had better start polishing that Emmy.

Spoilers ahead for anyone who really, really wants to stay in the dark regarding broad plot outlines for season two of Big Little Lies.

The three-time Oscar winner (not to be confused with Nicole Kidman, one-time Oscar winner for The Hours, which costarred Streep) will take on the role of Mary Louise Wright, mother of Alexander Skarsgard’s cathartically dead character Perry.

“Concerned for the well-being of her grandchildren following her son’s death, Mary Louise arrives in Monterey searching for answers,” HBO said in a statement.

We can already feel the tension building between Streep and Kidman. Oh dear god please let Laura Dern’s character be involved in this somehow.

Skarsgard is also expected to appear in season two, despite having been killed off at the end of season one. That’s the magic of Hollywood.

Streep will also appear on the small screen in the J.J. Abram’s project The Nix, which will run on Netflix.

It’s about time Meryl lent her enormous talent to the (new) golden age of television!

Season two of Big Little Lies will consist of seven episodes, all written by David E. Kelley. A 2019 premiere date is expected.