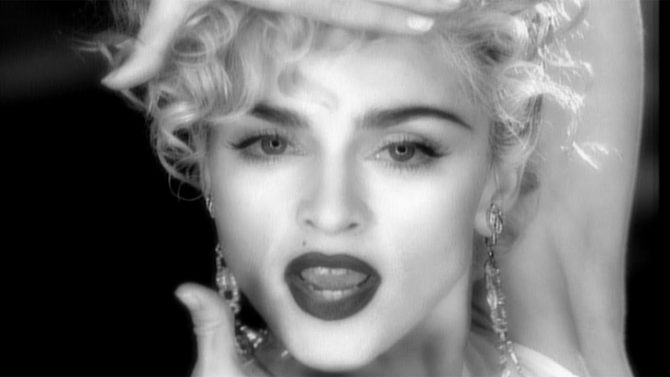 Madonna Bootcamp has officially come to a close and it looks like we’ve finally met our new Material Girl: Julia Garner!

As reported by Variety, Universal Pictures has offered the lead role of its new Madonna biopic to the Emmy award-winning Ozark and Inventing Anna star. This comes after months and months of speculation—and an apparently rigorous audition process—over who could possibly fill the heels of The Queen Of Pop, a search made all the more intense by the fact that the film is set to be directed by Madame X herself.

But now that that’s out of the way, we can move on to even more rampant speculation! Madonna’s stratospheric rise to icon status is one littered with colorful characters, which sounds like an opportunity to give this yet-to-be-titled biopic an eclectic cast with big names and up-and-coming talent. Most intriguing is Madonna’s history of notable lovers and romantic partners, many of whom we presume will at least be cameo in the story of her life—meaning plenty of sexy actors will be joining this ensemble.

So, who should play who? Let’s dream cast the roles of those who, at one point in time, tried their best to justify Madonna’s love… 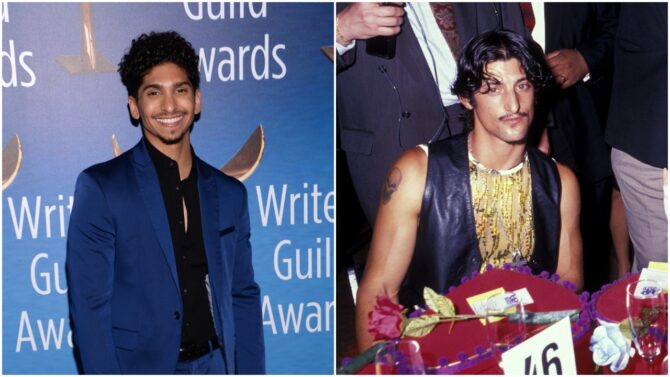 One of Madonna’s first relationships to make headlines was that with model Tony Ward, the “original male supermodel” who quickly became Madonna’s muse, popping up in a number of her music videos and (notoriously) in her erotic coffee table book, Sex. Perhaps our mind goes to the hunky Angel Bismarck Curiel because his breakthrough series Pose is of the same era—not to mention in conversation with Madonna’s embrace and appropriation of the ballroom scene—but we think he could tap into that charisma that Ward oozed so effortlessly. And, you know, we wouldn’t be mad if Angel wanted to recreate some of those Sex photos! 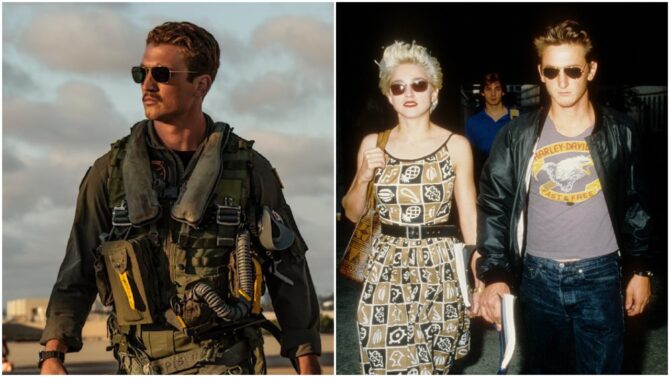 Madonna’s first marriage to actor-director Sean Penn ended after 4 tumultuous years in 1989, but the controversy surrounding their relationship lasted much longer—surely a significant chapter of her story. As the co-star/co-pilot of this summer’s blockbuster, Top Gun: Maverick, Miles Teller is flying high, and it’d make perfect career sense for him to next move into a glitzy, buzzed about biopic like this one. He and Penn share an intensity, both on screen and off, and the Whiplash star could easily capture that while maintaining his fellow actor’s alluring bad boy appeal. 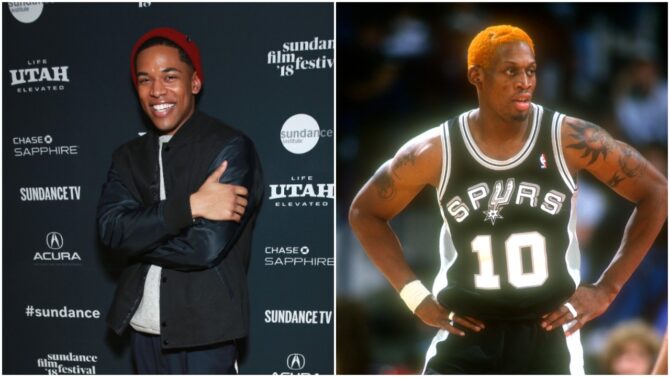 The NBA’s enfant terrible, Rodman was a San Antonio Spur—and married—when he began his high-profile affair with Madonna. While brief, their fling was major tabloid fodder, and up-and-coming actor Kelvin Harrison Jr. could expertly step into Rodman’s sneakers at a point when he was becoming one of basketball’s biggest stars. As proven in films like Luce and Waves, Harrison Jr. is adept at complex portrayals of masculinity. Plus, given his role as B.B. King in the upcoming Elvis film, he’s already got biopic experience! 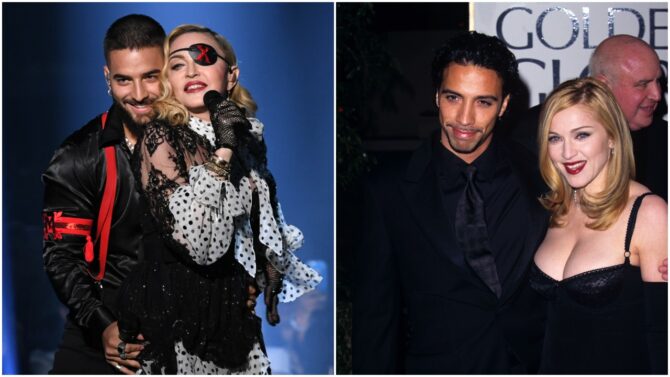 Maluma, baby! While the Colombian music superstar and sex symbol isn’t a perfect likeness of Leon, we’d love to see him reunite with Madame X after their 2019 collab, “Medellín.” Leon—who dated Madonna between 1995 and 1997—is the father of her eldest, Lourdes Leon, so he holds a special place in Madge’s heart. It’s also worth noting that Leon was a fitness trainer when they first met, and we know Maluma’s got the body for the part. 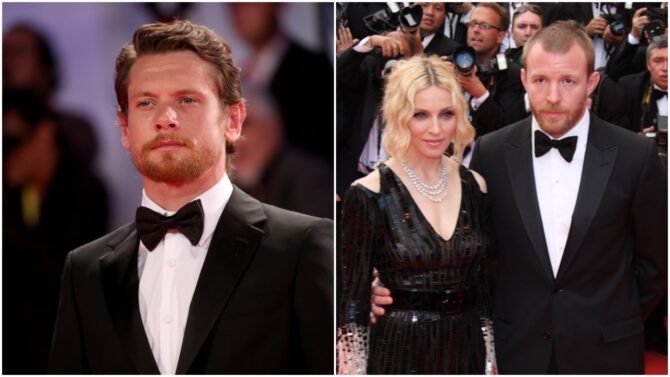 Madonna’s second marriage was to director Guy Ritchie, the British director behind tough-guy flicks like Snatch and Lock, Stock And Two Smoking Barrels. He also directed his then wife Madonna in the panned box-office bomb, Swept Away (2002), but their relationship would last another 6 years. There’s any number of actors from the U.K. who could properly evince Ritchie’s posh-yet-gruff vibe, but we’ll throw our hat in the ring for Skins and Unbroken star Jack O’Connell whose former “party boy” antics make him seem like something of a real-life Guy Ritchie character. 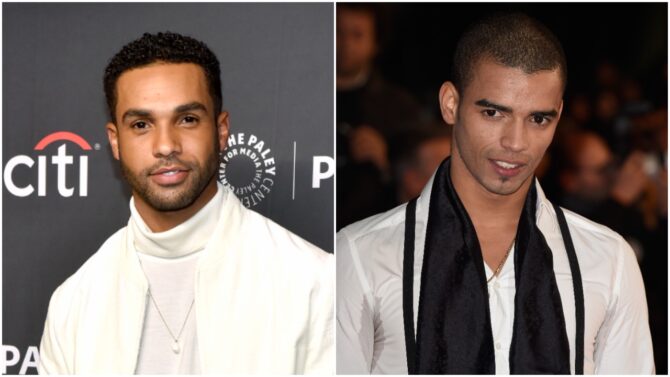 Okay, this was a tough one. One of Madonna’s more recent beaus, Zaibat is a dancer/choreographer who was linked to the pop star for a few years after they initially collaborated on a project for her Material Girl clothing line. Odds are Laviscount—perhaps best known as the dreamy Alfie in Emily In Paris—couldn’t quite keep up with Zaibat on the dance floor, but he has dabbled a bit in music. Zaibat possesses both an immediate European sex appeal and a timeless elegance, and we’re pretty sure Laviscount is one of the few actors who can match that impossible high bar of beauty. 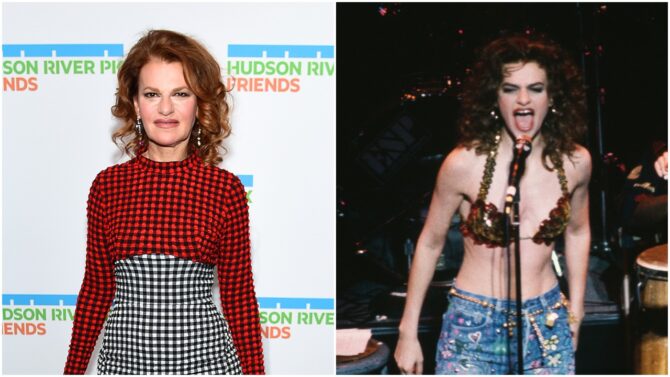 For a while there, queer icon and comedy legend Sandra Bernhard was spotted everywhere with Madonna—so much so that rumors of a romance between them were all over tabloids in the late ’80s and early ’90s. Though their friendship ended rather abruptly in 1992, the comic has more recently revealed they’ve stayed in touch, to a degree, even if their lives have taken different paths. Does that mean there’s hope will see some of Sandra in the biopic? Sure, a couple of decades have gone by, but we can’t imagine anyone else nailing her acerbic, hilarious style quite like Bernhard.